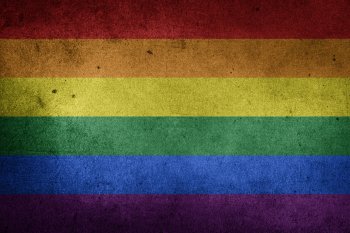 Thirty-five of the 71 countries that criminalise homosexuality, or 49%, are nations where most citizens are Muslims, according to the Erasing 76 Crimes news site.

Thirty-one countries, or 44%, are majority Christian.

The remaining five countries include Nigeria, which has a roughly 50-50 split of Muslims and Christians. The other four are either Hindu or Buddhist majority. No country with a nonreligious majority bans homosexuality.

Ten countries prescribe the death penalty for homosexuality. Apart from Nigeria, every one of these countries is Muslim-majority. The penalty is based on sharia law.

Libya and Nigeria have anti-"gay propaganda" laws in addition to their laws outlawing same-sex intimacy.

Erasing 76 Crimes, which focuses on "the human toll" of anti-LGBTI laws and the struggle to repeal them, said while no European countries criminalise homosexuality, Russia and Lithuania have enacted anti-"gay propaganda laws". Additionally, Russia has not intervened in the anti-gay crackdown in Russia's semi-autonomous Republic of Chechnya.

It also noted that in the United States, anti-sodomy laws have been ruled unconstitutional but are still on the books in 13 states.

"Strong trend is moving the world away from homophobic repression"

Erasing 76 Crimes said while the number of Christian-majority nations with anti-homosexuality laws has shrunk in recent years, no Muslim-majority nation has acted recently to repeal an anti-LGBT law.

It said: "Overall, a strong trend is moving the world away from homophobic repression — though it's happening slowly."

The most recent country to repeal anti-gay laws was Buddhist-majority Bhutan in 2021.

Megan Manson, head of policy and research at the National Secular Society, said: "These findings demonstrate the stark correlation between religion and oppression of LGBT+ people.

"And the more religion and state are intertwined, the harsher this oppression tends to be. Countries where homosexuality is punishable by death are those where Islamic codes have been imbedded into law.

"The findings underline the necessity of separating religion and state in all countries. When religious codes are adopted as law, LGBT+ people are often among the first to suffer."