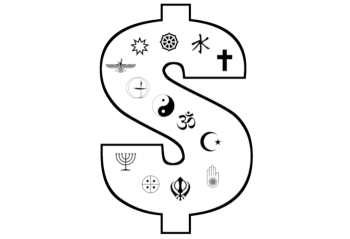 Canadian taxpayers subsidise religious activities by as much as $3.2 billion annually as a result of income tax relief available to Canadians who donate to religious charities, according to Centre for Inquiry Canada (CFIC).

This violates a Supreme Court ruling that freedom of religion includes freedom from religion, because every Canadian is required to subsidise religious activities, CFIC said.

The findings were made in a series of reports arguing that organisations whose sole purpose is the advancement of religion should no longer be granted charitable status. The concluding report was published earlier this month.

In 2019 the National Secular Society released a report which also argued for a change in UK charity law to remove religious privilege.

Canada's criteria that determine which organisations qualify as a charity were inherited from British law, which recognises "the advancement of religion" as a charitable purpose.

This means organisations can register as charities if they exist only to evangelise and promote religion, without offering social or community benefits such as foodbanks.

More than 32,000 charities in Canada identify under the category of "advancement of religion", possessing assets exceeding $47 billion.

In addition to tax relief, Canadian governments transferred slightly more than $1 billion to charities incorporated under the category of advancement of religion in 2018.

CFIC said that organisations that require people to adhere to a particular faith or evangelise to recipients of their services should not be funded by the government.

CFIC also raised concerns about harms caused by religion, including discrimination against particular communities and restrictions on reproductive rights.

Both CFIC and the NSS have concluded many charities registered under 'the advancement of religion' that do other charitable work could register under a different charitable purpose if 'the advancement of religion' were removed. Those whose activities are exclusively religious could become non-profit organisations, similar to sports and community clubs.

"Now as both countries become increasingly irreligious and religiously-diverse, those problems are becoming ever more acute.

"The notion that taxpayers should fund overtly religious activities that serve no tangible public benefit is incompatible with secular democracy – especially when some of those activities harm people and society. The advancement of religion must therefore be removed from the list of charitable purposes in the UK and other countries with a similar charity system."