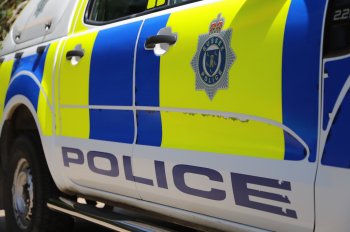 Police have been told to 'balance priorities' when asked to allow priests on crime scenes, following advice from the National Secular Society.

The College of Policing has updated its guidance after parliamentarians attempted to enshrine the right of religious clerics to access crime scenes in law, following the murder of David Amess MP in October.

New guidance says priests and family members may be allowed to access a crime scene, but the decision maker "must balance medical and investigative priorities and requirements". This addresses concerns raised by the NSS.

In November Baroness Stowell of Beeston tabled an amendment to the Police, Crime, Sentencing and Courts Bill that would introduce "a presumption that the constable in charge will allow entry to the crime scene to a minister of religion in order to perform religious rituals or prayer associated with dying".

The amendment was tabled in response to reports that a Catholic priest had attempted to gain access to David Amess to administer last rites as he died after being stabbed by Islamist terrorist Ali Harbi Ali. Police reportedly denied the priest entry to the crime scene.

Stowell withdrew the amendment after Home Office minister Baroness Williams of Trafford said the presumption that religious officials be allowed to enter a crime scene "has the potential to prevent the police being able to do their job effectively in catching criminals and bringing them to justice".

Williams added that Catholic cardinal Vincent Nichols and the Metropolitan Police Commissioner had agreed to "work together to establish a joint group" to study the access given to Catholic priests to crime scenes.

The NSS wrote to the joint working group in January to express concerns that police may be "pressured" into undermining priorities to protect the integrity of evidence and to safeguard public security at crime scenes by those with a religious agenda.

It said police frequently "have very good reasons for not allowing members of the public, sometimes including family and loved ones, to access a crime scene".

It also said any allowances made for religious clerics to access seriously injured people at crime scenes should be given to family and loved ones. It said it would be "highly distressing for all involved" if clerics were allowed on scene, but not family or friends.

The NSS expressed additional concerns about the appropriateness of allowing clerics to pray for dying victims when they are unable to communicate and give consent. It said: "Unless the wishes of the individual in question can be clearly established, it would surely be a breach of privacy and ethics to allow a religious minister to access that individual in order pray for them".

The College of Policing in March updated the guidance on requests for "third party access" to crime scenes to attend a victim, which includes priests and family members.

It said the decision maker "must balance medical and investigative priorities and requirements, with empathy for the victim, their family and any religious needs" when considering such requests.

It also says decision makers should consider whether the purpose of the request "can be accommodated without the third party entering the scene, for example, standing at the edge of the scene, close to the victim".

NSS head of policy and research Megan Manson said: "The new guidance is clear that priests' requests to access victims at crime scenes should not undermine other important considerations, including health and safety and securing the crime scene.

"This is very reassuring, as is the inclusion of family among third parties whose requests may be considered.

"Some questions remain, for example whether requests from close friends of the victim would be considered, or to what extent a seriously injured victim is able to consent to a priest praying for them.

"But overall this guidance provides sensible balance and clarity over what police should do on the rare occasions priests or other third parties ask to attend crime victims. We are glad the Met Police have listened to, and engaged with, our concerns."