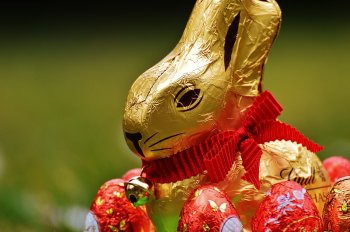 The government will not fix the Easter holiday dates without support from the Church of England despite the benefits to schools, a minister has said.

In a letter to the National Secular Society, Minister for Small Business, Consumers and Labour Markets Paul Scully MP said businesses and schools "would benefit from the clarity" of implementing an annual fixed date for public holidays around Easter.

But he added the government does not think it would be "suitable" to fix the dates "without input and agreement from the Church or other Christian Bodies".

His letter follows a question from Greg Knight MP in October asking if he would take steps to bring into force the provisions of the Easter Act 1928 to fix the date of the Easter public holidays.

The Act would fix the Easter Sunday public holiday as the Sunday following the second Saturday in April, instead of following the date for Easter as a moveable feast.

This would not affect the freedom of religions to continue to celebrate the festival of Easter as a moveable feast if they wished. The Eastern and Western Christian churches already celebrate Easter on different dates.

But the Act requires that "regard shall be had to any opinion officially expressed by any Church or other Christian Body" before it is implemented.

In response to the question, Scully said: "There is no indication that the Churches are keen to move to a fixed Easter."

The date for the Easter public holiday can vary by more than a month. The earliest Easter can be is 22 March, with the latest possible date being 25 April.

NSS chief executive Stephen Evans wrote to Scully following the statement, saying churches' views on the Easter holidays are not "a legitimate basis for ignoring the needs of businesses, schools and families who are all are all inconvenienced by the fluctuating date."

He said the shifting date of the holiday causes "significant disruption". The Local Government Association and the Family and Childcare Trust have both expressed support for a fixed Easter school holiday to allow parents to arrange childcare more easily, he said.

He said the views of the business, retail and travel sectors "should also be given due consideration in this matter".

He called on the government to take the "necessary steps" to fix a regular date for the Easter holidays "without an elusive consensus from church leaders" if necessary.

He added: "This process should not be delayed indefinitely in anticipation of the longest running disagreement in Christendom being resolved." 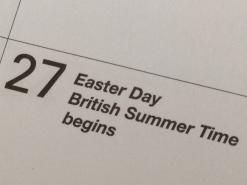 The NSS has urged the Government to fix the date for the Easter public holiday – warning that religious consensus is likely to take...

As a regulator issues patronising advice to advertisers in the run-up to Easter, Chris Sloggett takes a look at its guidance on religious offence – and finds a deep and damaging aversion to freedom...

The advertising regulator is pandering to religious offence-taking

After several media outlets falsely claimed that the National Trust and Cadbury were 'airbrushing' Easter out of their Easter egg hunt, Terry Sanderson argues that the Prime Minister's involvement in this...