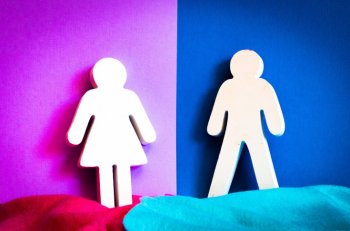 Ofsted downgraded the King David High School, a Jewish academy in Manchester, from "outstanding" to "inadequate" after it found pupils in the school's single-sex unit suffered discrimination.

King David High School operates a mixed-sex "main school" unit and single-sex "Yavneh" units for boys and girls. The school says pupils "are free to move between the units at any time".

But an Ofsted inspection in November found pupils who attend Yavneh Girls are "separated from all other pupils at the school throughout the school day, including during breaks and at lunchtime".

In contrast, pupils who attend Yavneh Boys can mix socially with both male and female pupils in the main school.

The inspection report, published today, said Yavneh Girls pupils "do not have the same access to extra-curricular activities" as the pupils who attend Yavneh Boys and the main school.

Yavneh Girls pupils told inspectors they "feel isolated" and that the current arrangements, and "the behaviour of some staff", prevent them from mixing socially with pupils in the main school and Yavneh Boys.

Ofsted said Yavneh Girls pupils are "subject to a detriment because of their sex", which constitutes "unlawful direct discrimination on the ground of sex, contrary to the Equality Act 2010".

Segregating pupils according to sex within mixed sex schools was found to amount to unlawful sex discrimination in a landmark ruling in 2017, after the NSS and other campaigning organisations highlighted the issue.

In 2019, Ofsted criticised several independent faith schools after they were found to be unlawfully segregating pupils by sex. It also failed a Jewish independent school in 2021 for segregating male and female pupils in lessons.

Concerns were also raised regarding King David High School's relationships and sex education (RSE). Some teachers felt "ill-equipped" to teach about contraception, and older pupils said they "do not learn enough about different types of families or relationships". Faith schools are permitted to teach RSE according to their religious ethos.

Inspectors also found "widespread failures" in safeguarding. They said some pupils are "reluctant" to report safeguarding concerns to staff, particularly on issues relating to mental health, physical safety and peer-on-peer abuse, due to the way that some staff might react.

NSS head of education Alastair Lichten said: "It's shocking to see sex-based discrimination against pupils at any school, particularly a publicly funded institution.

"The convoluted steps some mixed-sex faith schools are taking to avoid legal restrictions on gender segregation continue to cause real harm to pupils, particularly girls from conservative religious backgrounds.

"This is sadly not an issue that has disappeared, and education authorities must continue work to ensure no school, whatever its religious justification may be, engages in sexist discrimination of any kind."