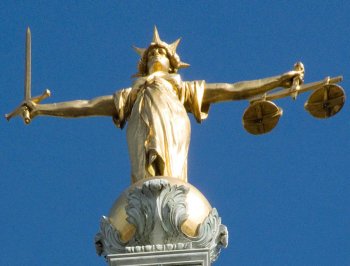 Careful balance between religious freedom and other rights must be maintained if human rights law is reformed, the National Secular Society has warned.

The NSS said any reform to the Human Rights Act (HRA) must not dilute freedom of religion or belief, in response to a Ministry of Justice consultation on proposals to replace the act with a "Bill of Rights".

The HRA incorporates the rights contained in the European Convention on Human Rights (ECHR) into UK law. It makes it generally unlawful for any public body to act in a way which is incompatible with the convention.

The government says replacing the act with a bill of rights will "restore a proper balance between the rights of individuals, personal responsibility and the wider public interest."

The NSS said the proposed reforms must not negatively affect the implementation of ECHR Article 9, which guarantees "freedom of thought, conscience and religion". It said this right must be "carefully balanced" as there is "often a tension between the right to follow one's religion and beliefs and the rights of others not to have those beliefs imposed on them".

It said the European Court of Human Rights had "generally achieved" this balance and recommended the UK courts follow the existing legal system.

The NSS expressed concerns regarding the "particular risk" in the UK of religion being given "undue influence, to the detriment of others", due to the presence of the established church, bishops in the House of Lords, and religious control in state education. It said a new bill of rights must not privilege the rights of religious believers over others, including women, LGBT+ people and the nonreligious.

The consultation document said the government "wishes to explore ways of strengthening the protection for freedom of expression". The NSS said any proposed bill of rights must include "explicit protection" for speech that "offends, shocks or disturbs" to prevent the introduction of a "de fact blasphemy law".

The Ministry of Justice also proposed reforms that would raise the threshold to apply for a judicial review, where an individual requests that the courts decide if action taken by a public body follows the law.

The consultation suggested courts should focus on "genuine human rights matters" and proposed a requirement for claimants to demonstrate they have suffered "a significant disadvantage" before a human rights claim can be heard in court.

The NSS said the right to judicial review is a "vital mechanism for holding public authorities to account" which should be maintained under a bill of rights.

It said it sees "no evidence" that courts are not already focusing on "genuine" human rights cases. It warned raising the threshold for bringing claims "serves primarily to prevent courts from considering cases where human rights have been breached".

NSS chief executive Stephen Evans said: "The Human Rights Act has been instrumental in enabling individuals to enforce their rights. The government has not presented a persuasive rationale for reforming it.

"If parliament is to replace the HRA with a bill of rights, it must recognise that freedom of religion or belief belongs to everyone. Reforms must not privilege the rights of religious believers over those of the non-religious, or diminish protections for religious minorities or vulnerable groups, such as children.

"And vitally, there must be an accessible mechanism for enforcement. An unaccountable government is a far greater threat to parliamentary sovereignty than the concerns outlined in this consultation."