Wigan to close non-faith school despite lack of secular options 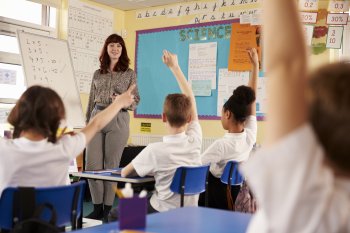 The National Secular Society has criticised a council's plans to close a community school to keep a Catholic school open.

The council announced their decision to close Abram Bryn Gates in a report published yesterday on responses to a consultation late last year. The report reveals consultation respondents supporting either school were evenly split. The decision will be subject to a further four weeks of consultation.

In its response to last year's consultation, the NSS argued that closing the community school – in an area where 90% of families already face high or extreme restrictions on the choice of a non-faith school – may be unlawful. The Education Act 1996 places a duty on local authorities to provide schools sufficient in number and character to give all pupils the opportunity of "appropriate education".

The NSS's response additionally highlighted government guidance on the closure of schools which supported their case.

The NSS also organised a local petition to keep Abram Bryn Gates open. Wigan parents who signed the petition include Rachel, who said: "My daughter is currently attending Abram Bryn Gates school and is of no faith and that is how we chose to bring our children up. We do not want any faith forced on her and will not send her to a school of any faith."

Another local parent, Geoff, said: "Please don't take away one the very few remaining options for those of us who wish to avoid our children being indoctrinated with any religion. Our son will be starting primary school in 2023 and our choices are already extremely limited."

The council's response did not address the NSS's arguments. However, they did acknowledge that parents of children at Abram Bryn Gates Primary "have specifically chosen a non-faith school for their child" and that there is "no desire for their children to be taught in a faith-based school".

Their response also acknowledged that there are "no other community non-faith based schools available within the area or within a reasonable distance of where children live that have places available".

The council has said that it will be able to make a "reasonable offer of a school place" to children attending Abram Bryn Gates. However, NSS research indicates that the lack of other community schools in the area means the school places are likely to be in faith schools.

Had Holy Family Catholic primary been selected for closure, pupils would have been accommodated at Abram Bryn Gates or offered transportation to the nearest alternative Catholic primary.

NSS head of education Alastair Lichten said: "This is a hugely disappointing and discriminatory decision. The reasoning for the council's decision fails to address the significant legal questions raised. We will continue to work with local supporters to explore all options.

"Catholic education has been prioritised above ensuring secular community schooling is available for families that quite reasonably want it. Such schools are suitable for pupils of all backgrounds. Leaving parents without access to a non-faith based school undermines freedom of religion or belief and is a frankly ridiculous state of affairs.

"This whole mess stems from an outmoded and divisive education system that organises schools around religious identities. Moving to a secular education system where children of all faith and belief backgrounds are educated together and encouraged to develop their own beliefs has to be way forward for publicly funded education in the UK."