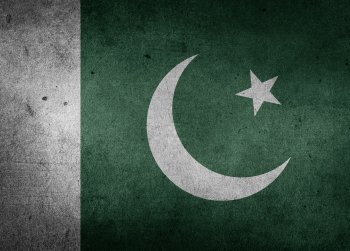 The National Secular Society has urged the UK government to intervene in the case of an Ahmadi Muslim woman prosecuted for 'blasphemy' in Pakistan.

According to the International Human Rights Commission (IHRC), 65 year old Kaneez Bibi was arrested on 2 February after being accused of destroying an anti-Ahmadi propaganda poster that allegedly had verses from the Quran on it.

IHRC says Kaneez Bibi was reported by Tehrik-e-Labbaik Pakistan (TLP), a far-right Islamist political party, for 'committing an act of contempt' against the Quran by destroying the poster.

IHRC says there were no verses from the Quran on the poster and that TLP fabricated this detail to incite public anger against Ahmadi Muslims.

TLP dedicates itself to punishing perceived 'blasphemy'. In 2018 it held disruptive protests across Pakistan after the Supreme Court ordered Asia Bibi, a Christian sentenced to death for blasphemy, to be freed.

Pakistan prohibits Ahmadis from calling themselves Muslims because their beliefs differ from those of the Sunni majority. Ahmadi Muslims experience regular persecution and discrimination in Pakistan and around the world.

In a letter to the FCO, NSS chief executive Stephen Evans urged the government to "make representations on this matter" and "to impress upon counterparts in Pakistan the importance of providing effective protection and freedom of religious belief and practice to Ahmadis and other religious minorities."

He added: "Blasphemy laws and religious restrictions on speech are incompatible with a genuine commitment to human rights.

"We therefore hope the government will continue to not only speak out about the 'misuse' of blasphemy laws, but also the existence of such laws at all."