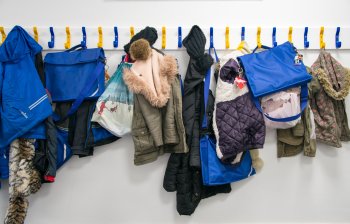 The National Secular Society has welcomed a decision to end religious selection in some Church of England faith schools in Suffolk.

The move was backed by the NSS in response to a consultation by Suffolk County Council in October. The proposal to remove this priority was made in response to concerns raised about equality and inclusion.

In response to the consultation, the NSS called for religious discrimination to be dropped from all state funded admissions in the county. It said religiously selective admissions criteria "sends a message that legitimises discrimination and can give the impression that religious adherence is required to attend the school".

A majority (68.4%) of consultation respondents also agreed with the change.

Previously, VC schools had prioritised "practising members of the Church of England (or other church within the Worldwide Anglican Communion)" for a minimum period of one year before the school application closing date.

St Edmundsbury and Ipswich Diocesan Board of Education requested that the council adjusted admission arrangements for the 2021/2022 school year. This was to ensure COVID-19 restrictions did not affect admission for families who were unable to be present at church.

In maintaining this arrangement, the council launched a consultation for the 2022/2024 school year. Fifteen percent of parents or carers articulated concerns regarding the prioritisation of Anglican families.

This led the council and the diocese to revise the criteria and consult for the 2023/2024 school year.

NSS head of education Alastair Lichten said: "The move to end religious selection in some Suffolk faith schools is a good start, but does not go far enough.

"The end to religious discrimination in school admissions must be put into UK law. No child should be turned away from their local schools because of their family's faith.

"Reducing religious selection in schools would promote an inclusive education system and fairly represent the diverse country that Britain is today."