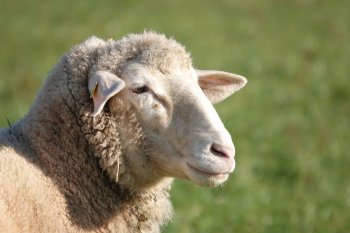 Analysis by the Conservative Animal Welfare Foundation (CAWF) has found the total oversupply of non-stun meat could range between 32% to 278%. This represents between 34 and 99 million animals unnecessarily slaughtered without stunning each year.

Animal welfare legislation requires all animals to be stunned before slaughter to minimise suffering. The only exemption is for religious communities to meet Jewish and Muslim religious dietary preferences for kosher and halal meat.

But the total meat supplied from non-stun religious slaughter methods is about four times greater than the proportion of Muslims and Jews in the UK, CAWF's analysis found.

The report also warns that 24% of non-stunned sheep meat is exported each year, while an "unknown proportion" of imported meat is non-stun. This could greatly increase the oversupply of non-stun meat in the UK.

The report expresses concerns that the lack of labelling on non-stun meat results in shoppers "unwittingly buying meat from non-stunned animals when they would otherwise consume stunned animals".

NSS research has found meat from animals slaughtered without stunning is widely sold without clear labelling in supermarkets.

The report urges the UK government "to set more stringent requirements for the use of non-stun slaughter so that these methods are only used to fill the direct requirements of religious communities".

MPs concerned about the welfare of animals at the time of slaughter are planning to table an amendment to the Animal Welfare (Kept Animals) Bill to minimise the number of animals killed under the religious exemption.

The government has recently consulted on proposals to make labelling for non-stun slaughtered meat compulsory.

"It's therefore appalling that millions of animals are dying by this cruel method unnecessarily because non-stun meat supply grossly outstrips demand.

"The government must act urgently to put an end to this needless mass scale animal cruelty.

"Compulsory labelling on non-stun slaughtered meat, a 'slaughter to order' requirement and a ban on non-stun meat exports will go a long way to reducing the number of animals killed by this method while religious exemptions to animal welfare laws remain in place."