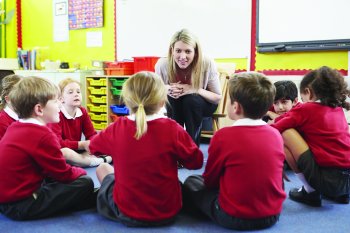 Researchers at the University of Munich's Institute for Economic Research have found German states' decisions to replace compulsory religious education (RE) in the 1970s with optional ethics classes significantly reduced pupils' religiosity in adulthood.

The researchers' findings were published in a recent study, Can schools change religious attitudes? which found students with the option to attend non-denominational ethics classes rather than RE were less likely to describe themselves as 'religious' (49% verses 52%) or 'very religious' (9% verses 11%) as adults.

The staggered timing and different political contexts in which RE reforms were introduced allowed researchers to separate this factor from others driving the broader decline in religiosity in Germany.

The post-war German constitution maintained the requirement for locally determined RE, with the curriculum heavily influenced by the major churches. This is similar to RE provision in the UK's education systems.

But serious concerns were raised over the suitability of such curricula in light of rapid social liberalisation and diversification. German states responded by introducing an optional non-denominational alternative to RE, usually called ethics. In contrast, UK governments have supported the adoption of a more multifaith approach to RE.

The paper also found the non-denominational ethics option led to a decrease in conservative gender and family attitudes, particularly around beliefs that men are more suited for certain jobs, and a decrease in prejudice towards unmarried couples.

The National Secular Society's head of education Alastair Lichten said: "The historical parallels and differences in RE reform in Germany and the UK provide important insights.

"These findings show that a move towards non-denominational ethics has positive educational outcomes and more effectively promotes tolerance.

"They also shatter the myth that RE is necessary for children's moral education. But they do show how RE can be used by religious groups to bolster their numbers.

"Since moving away from direct confessionalism in most schools, RE has often felt like a subject without an agreed purpose. It generally serves to promote a broadly positive view of religion, rather than rigorous analysis of beliefs, and is often lumbered with a diverse and inconsistent range of expectations. A new subject freed from such historical baggage could revitalise this area of learning."