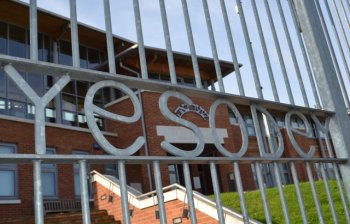 Yesodey Hatorah, a state-funded school in Hackney, London, says it "exists to meet the needs of Charedi [strictly Orthodox] Jewish families". Where oversubscribed, its admissions arrangements prioritise pupils who follow "Charedi principles and ethics", which it says requires "mothers and girls" to "dress at all times in accordance with the strictest standards of Tznius (modesty)".

OSA adjudicator Dr Bryan Slater also found that "most of the elements" of the dress requirements "are likely to be relevant only to women".

But he did not uphold the complaint that these rules discriminated on the basis of sex, stating: "It is not uncommon for religions to impose different requirements and women, not only in relation to dress but to roles that may be held as leaders in faith matters or in requirements to take part in public prayer for example".

Dr Slater also rejected complaints that the school's ban on "casual clothing such as denim, leather or lycra" was in breach of School Admissions Code because avoiding wearing these items could be considered "a religious activity which the school may take into account in its admission arrangements".

But he did uphold the complainant's objection that a prohibition on "very brightly coloured clothing" in the admissions arrangements breached the code, which requires the arrangements to be clear and easy to understand. He said it is "not possible to know where the dividing line between 'bright' and 'not bright' would be drawn by all people".

The objector complained that requiring a rabbi's signature on Supplementary Information Forms (SIFs) submitted by applicants meant that some applicants were disadvantaged because rabbis were asked to verify statements "they would not have sufficient information on" such as whether or not the family has a television.

Dr Slater required changes to the admissions rules to make clear that rabbis should only consider "what might be termed 'public' practices that can be objectively assessed".

He also objected to the information sought on SIFs that should not have a direct bearing on decisions about the school's oversubscription criteria, such as the name of the family's rabbi and synagogue.

The OSA objected to the school's plan to lower their Published Admission Number (PAN, the number of set as a school's official capacity) from 80 to 65. Artificially low PANs can be used to maintain 100% faith selection, and ensure more applicants are judged according to strict religious oversubscription criteria.

NSS head of education Alastair Lichten said: "Allowing faith based selection of pupils opens the door to wider forms of discrimination, as this case demonstrates.

"Restrictive dress codes that place disproportionate specific burdens on women may constitute unlawful direct discrimination on the grounds of sex. Case law is clear that schools in this context are service providers in relation to parents, as well as carrying out a public function.

"The implication of this determination is that sexist intrusions into the private lives of parents by a state school may be acceptable if they are sufficiently 'precise'.

"Arguments over whether onerous religious demands and expectations of conformity are 'clear' or not are a distraction. The whims of religious gatekeepers who wish to uphold outdated gender roles simply shouldn't have any role in state school admissions."