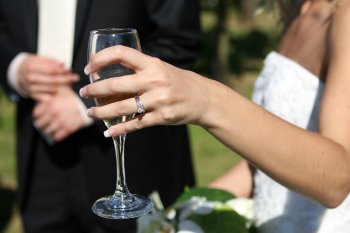 Proposed reforms to wedding laws have a "high level of support" from people of different religions and beliefs, according to a new study.

The results of the study published in a briefing paper this month found participants regarded wedding laws in England and Wales as "outdated" and "in need of reform" to reflect changes in society, including "religious and cultural diversity".

The study demonstrates broad support for reforms proposed by the Law Commission to wedding laws in England and Wales. The proposals were also backed by the National Secular Society in its response to a consultation by the commission in January.

The paper, whose authors include specialist advisor to the commission's weddings project Professor Rebecca Probert, investigated why wedding ceremonies are conducted outside the legal framework.

The study examined the views of 167 individuals from a variety of religious and non-religious backgrounds who had either participated in, or been involved conducting, different kinds of non-legally binding wedding ceremonies.

Key issues raised by participants included the perceived lack of recognition of non-Christian ceremonies, the non-recognition of ceremonies conducted by humanists and independent celebrants, and the limited options for interfaith weddings.

These issues result partly from the law in England and Wales which specifies the vast majority of legally recognised weddings can only take place in registered place of worship or approved premises. Only weddings held according to Jewish or Quaker traditions may take place in any setting.

Participants considered these rules "unnecessarily restrictive", especially those who have limited access to a registered place of worship or who wanted to marry outdoors.

The Law Commission proposals, supported by the NSS, would replace the restrictive building-based system with an officiant-based one for the legal recognition of marriage.

An officiant-based system would entail a more inclusive approach to authorising which religious groups can officiate legally recognised weddings, and could include "non-religious belief groups" including humanists. It could also include independent celebrants and would make it easier for couples to hold interfaith weddings.

Additionally, having weddings on approved premises contributed to the cost of getting married, participants said. Many expressed that having a wider choice of venues by removing restrictions would reduce costs.

The Law Commission has also proposed to lift restrictions on religious content at civil ceremonies. This would mean marrying couples could choose to have a hymn sung or prayer read at their ceremony.

Only one participant expressed concerns that permitted this would "draw away" from the role of religious groups in weddings. Other participants supported the proposals, which are also backed by the NSS.

Many participants also considered the legal processes for getting married to be "complex and uncertain". The Law Commission's proposals aim to simplify many of these aspects, including introducing standardised civil preliminaries.

NSS head of policy and research Megan Manson said: "This study underscores the urgent need for reform of wedding laws in England and Wales to make them simpler, fairer and fitting for the 21st century.

"Participants' views reveal these laws are archaic and cannot accommodate the increasingly irreligious and religiously-diverse society we have today.

"The Law Commission's proposals would make it easier and cheaper for everyone, whatever their religion or belief, to have the wedding that best suits them. The government should embrace these plans to ensure no-one faces unnecessary barriers to marriage."