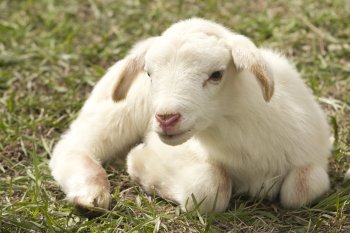 The public backs labelling for meat from animals slaughtered without stunning, according to a poll commissioned by the National Secular Society.

Well over two thirds of the population, or 72%, think food produced from religious non-stun slaughter methods should be clearly labelled, according to polling by Censuswide.

Only 4% do not support labelling. Furthermore, 70% think stunning animals before slaughtering them is more ethical, and 60% said they would not want to eat meat that they knew was not stunned prior to being slaughtered.

The vast majority of consumers (73%) are not aware that there is no requirement for such meat to be labelled.

Animal welfare legislation requires all animals to be stunned before slaughter to minimise suffering. The only exemption is for religious communities to meet Jewish and Muslim religious dietary preferences.

But most of the population (58%) believe this religious exemption should be removed, according to the poll. Just 14% supported the exemption being retained.

Consultation on labelling for animal welfare


The poll, which was commissioned by the NSS, was held as the government considers plans to reform food labelling.

The Department for Environment, Food and Rural Affairs is consulting on improving information about animal welfare in food labelling. This includes plans to introduce mandatory labelling to indicate slaughter method for meat, including meat from animals slaughtered without stunning for halal and kosher products.

In its response to the consultation, the NSS said religious exemptions should be removed from laws requiring stunning before slaughter, because animal welfare "should not be undermined by religious concerns."

The NSS said that until non-stun slaughter is completely prohibited, the law should "require all products from animals that were slaughtered without stunning to be clearly labelled as such, so that consumers can make informed decisions."

It highlighted how meat from animals slaughtered without stunning is widely sold without clear labelling, including in supermarkets.

It also expressed concerns about the prevalence of non-stunned meat being supplied to schools, sometimes without parents' or pupils' knowledge. An investigation by the NSS in 2018 found that around one in 12 councils provide non-stunned halal meat for school meals. In many of these schools, there is no separate meat option for children who do not want to eat non-stunned meat.

"The figures are clear; the public overwhelmingly considers non-stun slaughter to be less ethical and wants labelling so they can avoid meat from animals killed by such methods. The government should implement clear labelling to ensure consumers have this choice."

"The poll also demonstrates public backing for completely removing religious exemptions from animal welfare laws that allow non-stun slaughter. The government should seriously question the validity of these exemptions when most of the population oppose them."

Respond to the government's consultation on labelling for animal welfare

Tell the government you support accurate, clear, mandatory labelling for meat from animals not stunned before slaughter.