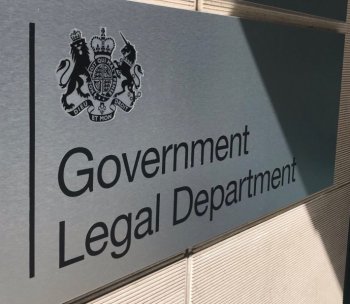 The Law Commission has concluded that the current protections applying to criticism of religious practices in hate crime legislation should be extended to cover 'cultural' practices.

The recommendation, made in its report on hate crime law published today, follows concerns expressed by the NSS that criticising certain religious practices may inadvertently be caught by 'stirring up' racial hatred laws.

The Law Commission's recommendations also addressed the NSS's concerns regarding 'blasphemous' imagery and inconsistencies over which groups should be protected by hate crime law.

Cultural practices and 'stirring up' offences

Laws criminalising 'stirring up' of religious hatred currently include a clause that protects "discussion, criticism or expressions of antipathy, dislike, ridicule, insult or abuse" of religions or religious practices from being prosecuted as hate crime.

However, this clause does not apply to stirring up racial hatred. As a result, criticising the practices of a group considered both a race and a religion, such as Jews and Sikhs, could inadvertently fall foul of hate crime laws.

In its response to the Law Commission's consultation last year, the NSS said "robust criticism" of certain religious or cultural practices, including infant genital cutting and the wearing of swords in public, could potentially be charged under racial hatred offences due to this discrepancy.

The NSS gave the example of non-stun slaughter, and said the law "potentially results in the absurdity of being able to criticise non-stun slaughter for halal meat, but not for kosher meat, without fear of prosecution", because unlike Jews, Muslims are not widely considered to be an ethnic group.

In its consultation, the Law Commission proposed to extend 'stirring up offences' which currently relate to "written" material, so they cover "all material".

The NSS warned this could lead to the criminalisation of those sharing images considered 'blasphemous', including cartoons of Islam's prophet Muhammad.

The Law Commission said it understood the NSS's concerns but was "satisfied that the offences of stirring up hatred involve a much higher threshold than whether material is considered blasphemous or offensive".

It cited examples of European jurisdictions with similar hate crime laws where cartoons of Muhammad had not been found to break the law.

The NSS expressed concerns about inconsistencies in proposals to protect goths, punks and sex workers in hate crime law, but not those considered 'low' caste (Dalits).

While the commission concluded none of these groups should be classified as protected, it said if the government were to include explicit reference to caste in the Equality Act 2010, it would recommend that an equivalent change is also made to hate crime laws.

In 2018 the government announced it would not include caste as a protected characteristic in the Equality Act 2010 – a decision widely criticised by human rights groups including the NSS.

The NSS, together with the Welsh Government and Humanists UK, also recommended that the category of 'religion' in hate crime law be widened to 'religion or belief', to make it explicit that non-religious beliefs are covered by the law. This would bring hate crime law in line with the Equality Act 2010, which recognises "religion or belief" as a protected characteristic.

NSS chief executive Stephen Evans said: "We welcome the proposed new protections for expression regarding cultural practices. Harmful religious and cultural practices, such as genital cutting, forced marriage and non-stun slaughter, deserve serious scrutiny. Discussion and debate around such matters should not be chilled by the prospect of being prosecuted.

"We also welcome the commission's clarification that sharing images that may be considered 'blasphemous' or offensive, including cartoons of Muhammad, would not be within the scope of the law and will not be criminalised."