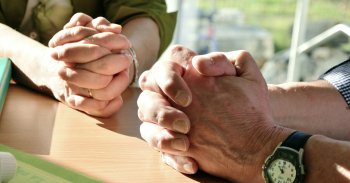 Congleton Town Council voted to adopt a new civic protocol that will allow for council meetings to be conducted in an entirely secular manner in October.

The motion for the new protocol was proposed by Cllr Suzy Firkin, who contacted the NSS in March for advice.

Currently, a chaplain appointed by the mayor leads the prayers and other civic services, including Remembrance Day.

The new protocol says the mayor "may choose" to select a chaplain who may be of a "specific faith, inter-faith or a pastoral leader or celebrant of no faith".

It says the decision to hold a prayer or period of reflection at the start of council meetings "is the choice of the incumbent Mayor and is not mandatory."

The current mayor, Cllr Denis Murphy, and his chaplain will remain in their positions until May 2022. The deputy mayor, Cllr Margaret Gartside, will then be promoted to the town mayorship, and plans to replace the prayers with a moment of reflection.

Councillor Firkin has said that these "simple statements can now pave the way to creating a meaningful but contemporary mayoralty". She further added that this "will help to encourage a new generation of councillors and a community that are engaged with local politics".

The adoption of the new civic protocol brings the council in line with a recent decision at its parent authority Cheshire East County Council to remove the requirement for formal prayers at the beginning of each council meeting.

Several local authorities in England begin their meetings with prayer as part of their official business, although others recognise that the practice is inappropriate. A recent example is Isle of Wight Council's decision to end the practice of prayers at the beginning of each council meeting in May.

The NSS argues against the imposition of acts of worship in council and parliamentary meetings.

Chief Executive of the NSS, Stephen Evans, welcomed the Congleton Town Council's decision to scrap the prayers from next year.

"Council meetings should be equally inclusive of all participants. Opening meetings with prayers is exclusionary of non-religious people and those who follow other faiths. Congleton Town Council's decision acknowledges the benefits of there being a separation of religion from civic affairs and the state, particularly important when the majority of UK citizens have no religion".