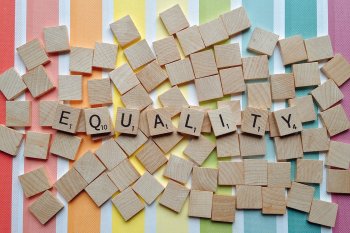 The National Secular Society has reported a theological college which discriminates against LGBT+ students to the higher education regulator.

The Office for Students (OfS) will investigate Moorlands College after the NSS discovered its code of conduct for students forbids same-sex relationships, potentially in breach of equalities legislation.

The Evangelical theological college, which is registered with the OfS, includes a non-exhaustive list of transgressions that can lead to disciplinary action in its code of conduct. The list includes "sexual misconduct as understood in the classic Evangelical tradition of the college's founding documents", such as "sexual intercourse outside of marriage".

The code of conduct contains a link to an article by the Evangelical Alliance that says: "We oppose moves within certain churches to accept and/or endorse sexually active same-sex partnerships as a legitimate form of Christian relationship and to permit the ordination to ministry of those in such sexual relationships."

It also links to the Lausanne Movement's Cape Town Commitment, which refers to contrasting "the purity of God's love with the ugliness of counterfeit love that masquerades in disordered sexuality and all that goes along with it".

Last year Moorlands College's director of academic quality Ian Kirby said in a sermon at Poulner Baptist Chapel that "homosexual activity is not His will. It is sin. It is not a human right."

Listed disciplinary actions in the code of conduct include expulsion from the college.

If disciplinary allegations are made, conduct panels "may contact a student's home church, if it is believed that the church's pastoral support would be beneficial to the student", according to the code.

The college's code of conduct also discriminates against individuals of different religions and beliefs, including those of different denominations of Christianity, and unmarried mothers.

A former student told a member of the National Secular Society's Secular Education Forum that in 2015 a fellow student who became pregnant "was made homeless" by the college and "publicly shamed in front of the whole student body".

She was "even used as an example in a lecture", the student said.

Moorlands College's degrees are validated by the University of Gloucestershire.

The NSS formally notified the OfS that Moorlands College's apparent discrimination against students with characteristics protected by the Equality Act may breach the conditions of their registration.

Moorlands' Access and Participation Plan, approved by the OfS through registration, allows the college to access public funds and charge tuition fees at the full rate.

Theological colleges which train future ministers of religion, as well as offering academic religious studies, have an exemption from the Equality Act 2010 which permits religious discrimination in some areas, including admissions.

The NSS's notification said that discrimination against LGBT+ students goes beyond the scope of that exemption, which only applies to vocational courses in theology leading towards ordination, or in a limited number of listed institutions (approved by the Secretary of State, a list which does not appear to include Moorlands).

The notification also argued that the college breaches the OfS's 'Public Interest Governance Principles', to which registered higher education providers must adhere. The NSS argued that the first and third principles 'Academic Freedom' and 'Freedom of Speech' were undermined by the governing documents of Moorlands which state that their teaching and other activities shall be carried out "in strict accordance with the doctrinal basis set out", and by the College's 'Statement of Faith' to which staff and students must subscribe.

Alastair Lichten, head of education at the NSS, said: "Publicly funded higher education should be open to all prospective students. Limited exemptions in the Equality Act allowing theological colleges to restrict admissions based on faith cannot be interpreted as a free pass for any other 'belief-based' discrimination.

"Forcing students and their studies to conform to narrow doctrinal standards is incompatible with the academic study of religion and the freedoms and protections which registration with the OfS and receipt of public funding is bound to protect."