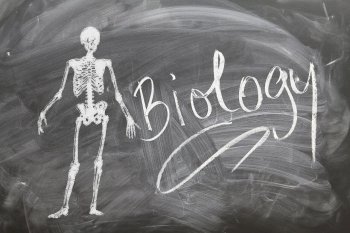 According to the report, the school's secular curriculum is "too narrow". Beyond Year 8, there is "no formal learning in creative or technological education", and biology is "not taught at all".

The secondary school curriculum specifies pupils should learn about human reproduction and natural selection in biology.

In 2013, Charedi school leaders and advisors criticised plans to include evolution in the GCSE biology curriculum, and a Jewish school was found to be censoring GCSE science questions.

Additionally, the school's relationships and sex education (RSE) programme falls short of guidance because "it does not include teaching about LGBT relationships".

Schools are required to teach about protected characteristics in equality law, including sexual orientation, to secondary-age pupils in an age-appropriate manner.

According to the report, the school requested inspectors not to ask pupils about LGBT relationships.

In February a report from Jewish counter-extremism group Nahamu highlighted how a lack of sex education contributes to forced marriage in strictly-Orthodox Jewish communities.

It also said the exclusion of any reference to LGBT people in Orthodox Jewish schools means LGBT people in these communities face "very serious issues of consent" when presented with a universal expectation of early, heterosexual marriage.

The report said pupils complete some qualifications "as quickly as possible and at unusually young ages". This means pupils "do not develop deep knowledge and understanding in their subjects". Additionally, some teachers "do not have the training they need to become subject specialists".

It said pupils study GCSEs from as soon as Year 7. After Year 10, they leave to study at a yeshiva – a theological school which focuses on the study of traditional Jewish texts.

Inspectors also said there are "serious concerns" about the school's systems for recruiting staff, as the process does not pay regard to guidance on safeguarding.

Beis Medrash Elyon has never achieved higher than "requires improvement" in an Ofsted inspection since it opened in 2013.

NSS head of education Alastair Lichten said: "This damning report suggests this school prioritises preparing pupils for a life of religious study over preparing them for a life full of opportunities in wider British society.

"Its refusal to teach about LGBT relationships and its lack of biology lessons beyond Year 8 is very concerning, especially as a lack of adequate and inclusive sex education has been identified as a factor in the real issue of forced marriage in Charedi communities.

"The government must act to ensure faith schools that consistently fail are brought in line with basic school standards, even if those standards conflict with the school's religious ethos."