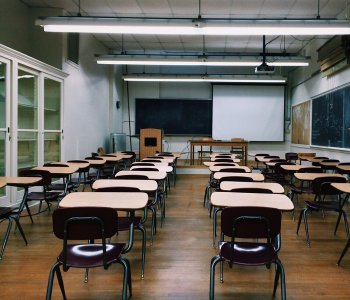 Ofsted's latest statistics show that in the last year 25% of non-association independent faith schools have not met required school standards.

Such independent faith schools are more than twice as likely as independent schools without a recorded religion to not meet full requirements, the figures reveal.

Ofsted raised specific concerns about independent Jewish faith schools, 55% which did not meet the standards.

The report stated: "Muslim schools account for 45% of faith schools in this sector, followed by Christian schools (31%) and Jewish schools (24%).

The National Secular Society has played a leading role in reporting on the crisis of independent faith schools and pushing the government for improved standards and accountability. Common issues include narrow or censored curricula, poor safeguarding, refusal to teach about other religions or beliefs, and creationism taught as science. Poor or non-existent sex education is also another concerning issue.

This is more than twice the number (5%) of all independent schools inspected, and more than triple the percentage (3%) of non-faith schools. Any schools with ineffective safeguarding are automatically judged as inadequate overall.

Head of Education at the NSS, Alastair Lichten, stated: "Many of these schools are failing because they prioritise religious indoctrination and faith formation over preparing pupils with the knowledge and experiences they need for adult life in modern Britain."

"Freedom for independent schools to take their own approach needs to be balanced with ensuring pupils' human rights, including to a basic education, are protected. It is concerning to see the response to this growing crisis has often been to criticise inspectors or the standards which exist to protect pupils' rights."