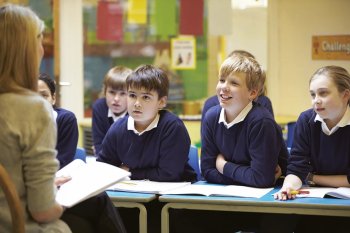 Wigan Council are consulting on plans to reduce surplus places in the Abram area of the borough. The consultation document sets out options to close of one of two schools – Abram Bryn Gates community primary school or Holy Family Catholic primary school.

The NSS has warned that the closure of the community school would exacerbate the existing problem of faith-based restrictions on school choice in the area.

NSS research has shown that 81% of postcodes in Wigan experience high or extreme restrictions on the choice of a non-faith primary school. This affects 90% of postcodes in the Abram ward – a figure that would approach 100% if Abram Bryn Gate were to close, as five of its nearest six schools are faith-based.

Despite a surplus of school places in some areas, the same research shows that in the past year 182 pupils across Wigan were assigned faith schools against family preferences. NSS research has also shown a systemic bias against community-ethos, or non-faith, schools in similar reorganisations.

The NSS has also warned that the current proposals to reduce surplus school places in Wigan will undermine families and children's freedom of religion or belief and potentially leave the local authority in breach of its duty to ensure adequate school provision.

As a voluntary aided faith school, Holy Family Catholic primary school has wide leeway to discriminate against pupils in admissions and teachers in employment. Keeping the school open would therefore increase levels of discrimination faced by non-Catholic families and teachers in the area.

Wigan Council are running a statutory pre-publication consultation until 13 December 2021. Once a proposal is published, there will be a further four-week consultation period between 10 February to 10 March 2022.

National Secular Society head of education Alastair Lichten, said: "Families in Abram, and across Wigan, already face some of the biggest restrictions on the choice of a non-faith primary anywhere in England. It would be outrageous and unjust to further increase these barriers. Every pupil should have reasonable access to a good local school with an inclusive community ethos, rather than an ethos based around a religion that they may not share."

Local parent Beth told the NSS: "As a family without faith, it's important to us that our children are able to make their own choices about religion without that choice being made for them, as with a faith school. Learning about faith is done perfectly within a non-faith school, my child recently learned about Diwali and wore a sari during an R.E lesson to celebrate and learn more about culture and diversity. As parents we should be able to choose whether or not our child is taught or told about religion, which is one of many reasons as to why Abram Bryn Gates needs to stay open."

Another local parent, Leanne, added that: "Losing this school will greatly harm our community and would force me to send my child to a faith school as Nicol Mere (the only other local non-faith school) is almost at capacity. If Abram Bryn Gates closes I will look into home schooling my child due to lack of community schools within the local area."

The NSS is responding to the consultation, and encouraging local supporters to join their campaign to Save Abram Bryn Gates, Wigan