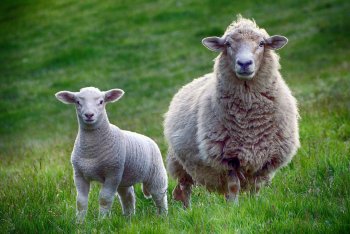 In response to queries from the NSS, the House of Commons said: "Both halal and kosher meals sold by the House contain meat from animals not pre-stunned before slaughter."

Parliament rolled out its new halal and kosher menu last month, after Labour MPs Charlotte Nichols and Zarah Sultana coordinated a cross party letter to MPs urging them to write to the parliamentary authorities asking them to provide kosher and halal food.

Most animals killed by the halal method in the UK are stunned beforehand.

However, some sections of the Muslim community do not accept an animal as 'halal' if it has been stunned.

Parliament's decision to supply halal meat from the less common non-stun slaughter method has been criticised by the NSS.

All kosher meat certified in the UK is from animals that were slaughtered without stunning.

UK law requires animals to be stunned before they are slaughtered to avoid unnecessary suffering, distress or pain. However, an exemption allows sheep, goats, cattle and poultry to be slaughtered without pre-stunning for religious purposes.

The government's own advisory body, the Farm Animal Welfare Council (FAWC), has said that non-stun animal slaughter should be banned completely. The FAWC have concluded that animals slaughtered without pre-stunning are likely to experience "very significant pain and distress" before they become unconscious.

RSPCA, Compassion in World Farming and the British Veterinary Association all support an end to non-stun slaughter to improve animal welfare at the time of death.

A 2015 YouGov poll found almost 80 per cent of the UK wants an end to non-stun slaughter.

Parliament's decision to supply halal meat from the less common non-stun slaughter method has been criticised by the NSS.

An NSS spokesperson said: "Most animals slaughtered for halal meat are stunned first. It's lamentable that in accommodating halal dietary preferences, parliament has chosen to prioritise a more hardline interpretation of Islam over animal welfare.

"The vast majority of the British public want non-stun slaughter to end. They may well feel aggrieved that their parliament has opted to supply meat from such unnecessarily cruel slaughter methods in its catering outlets."

Compassion in World Farming also criticised parliament's decision, saying: "Successive governments have made it clear that they prefer animals to be pre-stunned, Parliament should not have a policy on its own premises that goes against that.

"I call on the relevant authorities to stop serving these meals immediately."