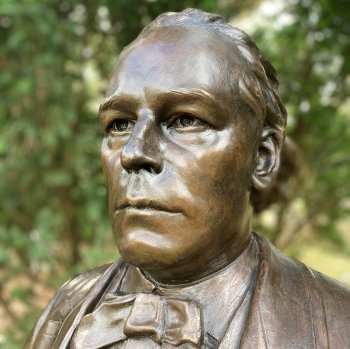 A new bust of National Secular Society founder Charles Bradlaugh has been unveiled at a ceremony to mark the restoration of his grave.

More than 60 people attended the ceremony at Brookwood Cemetery in Surrey to commemorate the restoration, which was funded through an NSS appeal.

The mayor of Woking was among the attendees, who also included supporters of the fundraiser and Bradlaugh's descendants.

Bradlaugh was a 19th century political activist who argued for the abolition of the blasphemy law and for religion to be separated from the state.

The project was jointly coordinated by the NSS and the Brookwood Cemetery Society.

At the ceremony, Brookwood Cemetery Society chair Kim Lowe gave an emotional address explaining Bradlaugh's significance. She said Bradlaugh was "a man of the people, and a man for the people."

Posies were also laid on the grave by Rosa and Ada Burch, age 6 and 4, to symbolise the continuing and growing relevance of the issues which Bradlaugh represented.

Bradlaugh died on 30 January 1891. In 1893 a monument was erected over his grave incorporating a substantial bronze bust by Belgian artist François Verheyden.

The monument suffered theft and vandalism in 1938 and 1968, when the bust was stolen and not replaced.

The NSS launched an appeal for funds to restore the grave in June.

NSS chief executive Stephen Evans said: "Bradlaugh was the greatest radical politician of his era. The principles of equality, freedom and secularism he championed are more relevant than ever today. Restoring his grave and bust is one way we can make sure his remarkable legacy is recognised and remembered far into the future.

"Restoring the grave to its former glory is a great achievement and I'm so grateful to Brookwood Cemetery Society and all our members and supporters who gave so generously to our appeal to make it happen." 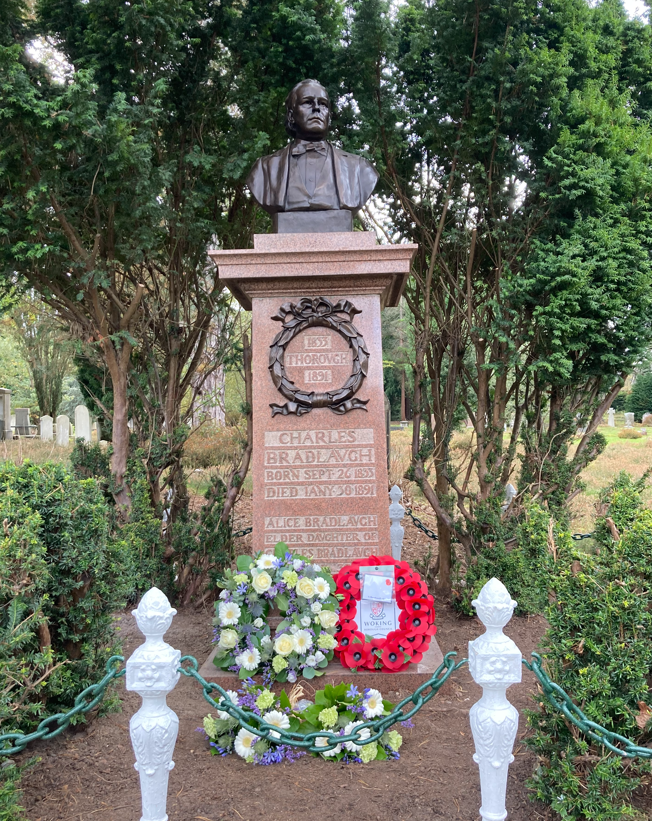