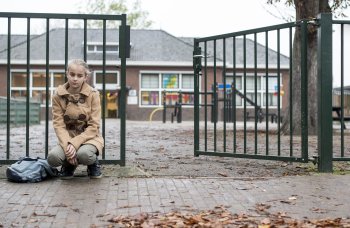 The National Secular Society has urged the new schools' minister to increase transparency over school admissions.

The NSS has written to the minister responsible for faith schools, Diana Barran, calling for information about whether schools have religiously selective oversubscription criteria to be included on a government database.

The Get Information About Schools (GIAS) service provides data on all schools in England. It is used by parents deciding on school choices, in addition to estate agents providing information on local schools. But GIAS does not currently record whether a school has a faith-based selective admissions policy.

Exceptions in the Equality Act 2010 allow faith schools with a religious character to religiously discriminate in their admissions if oversubscribed. The extent to which faith schools can discriminate depends on factors including school types, local policies, and number of applicants.

In response to a freedom of information request regarding the number of faith schools that can religiously discriminate, the Department for Education provided GIAS data on school type. But this data can mislead users, the NSS warned.

While GIAS records admissions policies as "selective" or "non-selective", the NSS said this information could "potentially serve to confuse or mislead users, as it only refers to academically selective admissions", which are far outnumbered by religious selection.

The NSS raised the example of voluntary aided (VA) Catholic schools. Almost all Catholic VA schools have admissions policies which allow them to select up to 100% of pupils based on faith if oversubscribed, but the vast majority (1,012) put "not applicable" in the GIAS field regarding admissions policies.

One hundred and sixty-two Catholic schools list their admissions policy as "non-selective", a term the NSS labeled "at best confusing and at worst misleading". Only two Catholic secondary schools, both grammar schools, list their admissions policy as "selective". The NSS has previously warned that such use of the term "non-selective" can be potentially misleading, particularly in proposals for new religiously selective schools.

Researchers have made various estimates on the number of schools or proportion of places with religious selection. However, admissions policies are often complex and can obfuscate the true level of religious discrimination.

Earlier this year the former schools minister Nick Gibb admitted that the DfE has not made an estimate of the number of pupils unable to access their nearest school because of religiously selective admissions.

The NSS's head of education, Alastair Lichten, said: "This lack of transparency and data is unjustifiable, regardless of one's view on the underlying issue of selection. If the state shamefully continues to sanction religious discrimination, it must at least record it. Families seeking school places need clarity over the barriers they may face, and we all need clarity over the numbers of pupils facing faith-based discrimination to allow for an informed public debate."

Update 18/11: In response to a written question in parliament from Dick Taverne, Diana Barran has said: "The department does not collect information on the number of schools that include faith-based criteria in their admission arrangements, nor the proportion of places allocated on the basis of faith. We have no plans to collect this information or to include this information in school statistics."