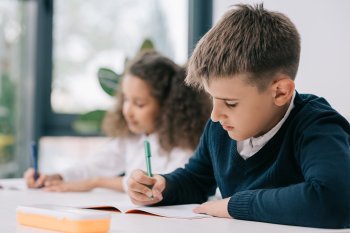 The National Secular Society has backed legislation in the Northern Ireland Assembly calling on the government to actively promote integrated education.

In a written response to the education select committee, the NSS welcomed the private member's bill, introduced by Alliance MLA Kellie Armstrong, which would introduce a new duty to "promote", rather than simply support, integrated schools.

But it criticised slow progress towards a more integrated system – one where pupils are educated together in schools with an inclusive ethos, welcoming to pupils regardless of religious or other backgrounds.

Currently over 90% of pupils in Northern Ireland attend schools which are effectively segregated along religious lines, leading to tens of thousands of empty school places, millions in duplicated costs, and a huge unmet demand for integrated schools.

Supporters of a more inclusive education system have argued the current requirement to "support" integrated education is insufficient. In 2016, in line with a recommendation from the NSS, the UN Committee on the Rights of the Child called on the Northern Ireland Assembly to "actively promote a fully integrated education system and carefully monitor the provision of shared education, with the participation of children, in order to ensure that it facilitates social integration".

The Integrated Education Bill would additionally require the Department of Education and other public authorities to develop strategies around promoting integrated education.

It would also introduce an expectation that any new state schools proposed should be integrated, unless there are extraordinary circumstances.

Supporting the new duties, the NSS said: "Strengthening the language in the Department's statutory duty would help to prioritise integrated education."

The Bill comes as a panel of educational experts begins work on a long-awaited Independent Review of Education. The review is expected to take 18 months and will not report back until after the election.

Supporters of the bill argue that progress on integrated education should not be delayed.

Tina Merron, chief executive of the Integrated Education Fund, told MLAs: "It's been 25 years since the Good Friday Agreement, and we are genuinely finding it difficult to find examples of proactive steps being taken by the NI Executive and the Department of Education to encourage and facilitate integrated education."

The NSS's head of education, Alastair Lichten, said: "Integrated education is extremely popular and the best current hope for the ambition of educating children of all backgrounds together. The way forward is clear but progress has been painfully slow. MLAs should get on with it."