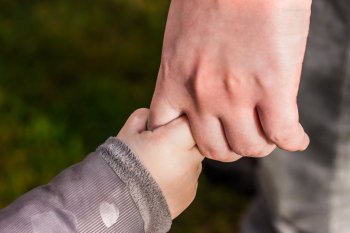 The National Secular Society has welcomed a judgment upholding a ruling that a Christian fostering agency cannot reject same-sex couples.

The Court of Appeal today upheld a previous ruling that inspectors were correct to penalise Cornerstone (North East) Adoption and Fostering Service for failing to comply with the Equality Act 2010.

Ofsted, which inspects childcare, adoption and fostering agencies, downgraded Cornerstone from "good" to "requires improvement" in 2019 because the charity requires carers "to refrain from homosexual conduct".

Exemptions in the Equality Act which allow religious organisations to discriminate against gay people in some circumstances do not apply because Cornerstone performs functions on behalf of public authorities, the judge said.

Cornerstone appealed the decision at the Court of Appeal in June.

Cornerstone's representatives claimed the initial ruling was incorrect, because it was "contradictory" to allow the agency to only accept evangelical Christian parents as carers but to prevent them from discriminating against carers that engage in "sexual conduct outside the bonds of a Christian marriage."

But Lord Justice Peter Jackson of the Court of Appeal said the "difficulty" with this logic is that it "equates religious discrimination with sexual orientation discrimination in all circumstances when that is something that Parliament has not done".

That would be "to substitute the precepts of the faith for the reality," he said.

He added: "If gay evangelical Christians wishing to foster are few and far between, it is no doubt to some extent because of those precepts, and not because people like that do not exist."

Speaking of the importance of the Equality Act, he said it "must be recognised that religious doctrine does not stand still" and that the law "is entitled to have regard to the rights of those who might wish to be free of a discriminatory practice currently endorsed by their faith."

In his concluding remarks, he said because of the "detrimental impact on society and on individuals" of discrimination against gay people, we should be "slow to accept that prohibiting fostering agencies from discriminating against homosexuals is a disproportionate limitation on their right to manifest their religion."

NSS head of policy and research Megan Manson said the ruling was "a welcome affirmation of LGBT+ equality."

She said: "We are relieved that the Court of Appeal has upheld the previous ruling: that religion cannot be used by foster agencies to justify discrimination against same-sex couples.

"As the judge said, discriminating against people because of who they love is detrimental to individuals and to society. For this reason, religious fundamentalism must not be allowed to trump equality law."

Cornerstone is an evangelical Christian registered charity which says it provides an "adoption and fostering child care service according to Christian principles". It is funded primarily from payments made by local authorities when they place a child for fostering.

Its policy for foster carers stipulates they must attend church regularly, and avoid "all sexual sins" including cohabitation and "wilful violation of your birth sex", in addition to "homosexual behaviour".

Freedom of Information requests made by the NSS in 2020 revealed that Sunderland City Council made 33 referrals to Cornerstone between 2015 and April 2020. They had two foster placements with Cornerstone. Northumberland County Council made 30 referrals.