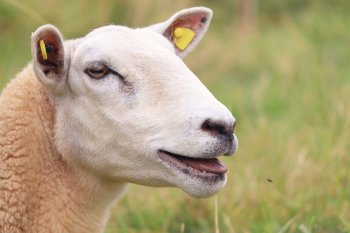 The National Secular Society is calling for the public to support proposals for meat from animals not stunned before slaughter to be accurately labelled.

The proposals form part of a government call for evidence on reforms to food labelling to improve animal welfare and consumer choice.

Animal welfare legislation requires all animals to be stunned before slaughter in order to minimise avoidable pain, distress, or suffering. The only exemption is for religious communities to meet Jewish and Muslim religious dietary preferences. The religious exemption has been widely criticised by secularist and animal welfare organisations.

The consultation, launched by the Department for Environment, Food and Rural Affairs, asks if products containing meat should be mandatorily labelled to indicate the method of slaughter.

There is currently no requirement for meat from animals killed without stunning to be labelled as such. In 2018 the NSS found non-stun halal and kosher meat was widespread in UK supermarkets, without clear labelling to indicate the slaughter method.

All animals killed for kosher meat are slaughtered without stunning. While the majority of animals slaughtered for halal meat are stunned, a significant proportion are not.

Some parts of animals killed by Jewish ritual slaughter methods are not themselves regarded as kosher and are therefore sold on the general market unlabelled.

And in 2018 90,000 of the 2.9 million non-stunned animals slaughtered for kosher meat were rejected as unfit for religious consumption and went into the general market unlabelled.

The consultation does not propose to remove religious slaughter exemptions, saying the government "respects the rights of Jews and Muslims to eat meat prepared in accordance with their beliefs".

The government's own advisory body, the Farm Animal Welfare Council (FAWC), has recommended these exemptions be removed due to the "very significant pain and distress" animals suffer when slaughtered without pre-stunning.

Other organisations that support an end to religious exemptions on slaughter regulations include the RSPCA, the British Veterinary Association and the Federation of Veterinarians of Europe.

In 2020 the European Court of Justice ruled that restricting non-stun slaughter was not an undue infringement of the right to religious freedom, provided it was conducted for a legitimate purpose such as protecting animal welfare.

Megan Manson, head of research and policy at the NSS, said the government's proposals were a "welcome development".

She said: "A clear, mandatory label indicating slaughter method is vital to provide genuine consumer choice for the majority of Brits who do not want to eat meat from animals that were slaughtered without stunning. We encourage all those who support mandatory labelling to respond to the consultation."

"However, labelling will not be enough to end the unnecessary suffering of the millions of animals killed by non-stun religious slaughter methods in the UK every year.

"The UK should follow the example of the growing number of countries that do not compromise their animal welfare laws through religious slaughter exemptions. Religious dietary preferences should not trump animal welfare."

Image by Manfred Richter from Pixabay

Respond to the government's consultation on labelling for animal welfare

Tell the government you support accurate, clear, mandatory labelling for meat from animals not stunned before slaughter.