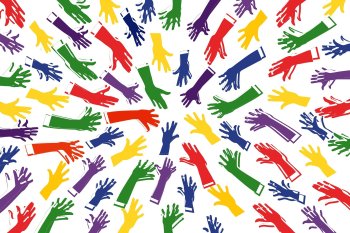 The National Secular Society has called for an end to religious discrimination in schools to enhance fairness for children and young people.

In response to a consultation by the Equality and Human Rights Commission (EHRC), the NSS said exemptions in equality law allow schools to discriminate against children and their families on the basis of religion or belief.

The EHRC is consulting on its strategic plan for 2022 to 2025. Its policy objectives for this period include "fairness for children and young people".

The NSS said it completely supported this objective. But it warned exemptions in the Equality Act 2010 permit schools with a religious character to discriminate against children in many aspects of school life, including in admissions. It called for an end to these exemptions.

It also urged the Commission to support the repeal of laws requiring daily collective worship in all state-funded schools.

The NSS submission called on the EHRC to push for enhanced citizenship and human rights education as part of its plan to to "foster good relations, promote respect and understanding of rights."

The EHRC's policy objectives also include "upholding an effective framework for protecting equality and human rights", "fairness in the workplace", and "promoting respect between groups".

NSS recommendations in these areas included:

NSS head of policy and research Megan Manson said: "We strongly support the EHRC's objectives for the coming years.

"However, without tackling religious privilege that interferes with education, public services, healthcare and other aspects of public life, the EHRC will not be able to fully achieve its laudable aims.

"We urge the EHRC to ensure religious demands do not undermine fairness, freedom and human rights for the wider public."