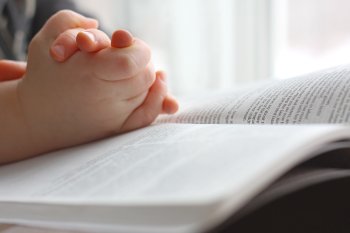 A government minister has said schools are not permitted to replace their legal duty to provide religious worship with non-religious assemblies, leading to criticism from the National Secular Society.

In a letter to the National Secular Society, education minister Elizabeth Berridge said it was "not permissible for a school to apply simply to replace Christian or other religious collective worship with a non-religious assembly".

The letter also said that if the government was made aware that schools weren't meeting the duty to hold worship, it would "deal with it on a case by case basis".

And the most recent government guidance on collective worship, issued in 1994, says worship in schools "should be concerned with reverence or veneration paid to a divine being or power".

Many schools currently ignore the law and this has long been de facto accepted by both the Department for Education and Ofsted.

Berridge's letter was a response to correspondence from the NSS earlier this year.

The NSS wrote to the Department for Education after schools minister Nick Gibb suggested the government would "investigate" schools which breached the law on collective worship.

Gibb also said that, "where needed", the department would "remind" schools of their duty and "advise on how this can be met".

The NSS's letter urged the government to repeal the law requiring worship.

It also asked what the government had done to "remind schools of their duty" and if there were any plans to withdraw or update the most recent government guidance on collective worship before any changes in enforcement.

The response said the DfE had "no plans to amend or repeal" schools' legal duty to provide worship, or to "make any changes in enforcement".

National Secular Society head of education Alastair Lichten said: "It's preposterous for the DfE to insist schools must incorporate religious worship into their assemblies.

"Its attempts to do so illustrate the need for legal change. Laws requiring worship in schools should be repealed and replaced with a duty to hold inclusive assemblies.

"In many schools this hopelessly anachronistic obligation simply can't be enforced, even if ministers try to pretend that isn't the case. Where it is enforced, it undermines children's freedom to form their own beliefs and is discriminatory.

Liberal Democrat peer Lorely Burt recently proposed a private member's bill which would repeal the requirement for schools in England without a designated religious character to provide daily acts of collective religious worship.

The bill is due to be given a second reading in the House of Lords next month.