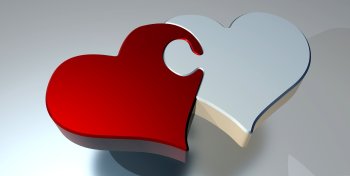 Religious weddings hit a record low in England and Wales in 2018 as just one in five marriages were conducted as religious ceremonies, new figures have shown.

Data from the Office for National Statistics (ONS) has shown that just over 20% of marriages – 21.1% of opposite sex marriages and 0.9% of same-sex marriages – were religious that year.

The proportion represents a further decline from 2017, when 22% of all marriages were religious – itself a historic low. Religious ceremonies made up almost 85% of all marriages in 1900 and more than 50% in 1980.

The National Secular Society has said the figures show the need for legal reform.

Currently, couples in England and Wales must get married in a registered building, with the exception of Jewish and Quaker weddings.

Recent proposals for the reform of wedding law from the Law Commission would introduce an officiant-based system which would give couples more freedom over where they choose to marry.

The NSS, which argues for reform of the marriage laws to separate its religious and civic aspects, has expressed support for this proposal.

Inequality between religious and civil venues

Recent NSS research has found that more than 39,000 places of worship are registered to conduct marriages, as opposed to just over 7,500 civil premises.

The NSS has also found that it is harder and more expensive for civil premises to register than religious ones, and that just 0.7% of religious premises are registered to hold same-sex weddings.

NSS head of policy and research Megan Manson said the data showed that "the law has failed to keep pace with social change".

"Currently marriage law in England and Wales is too complex, creating unjustifiable inequalities and impositions on couples' freedom to marry in ways that are meaningful to them.

"These figures should prompt further consideration of the proposals recently put forward by the Law Commission, which would ensure greater equality and fairness in marriage and make marriage law more suitable for the 21st century."

Read more: Just how equal is marriage now?, by Megan Manson for the NSS (published in 2018).

Image by PIRO4D from Pixabay.