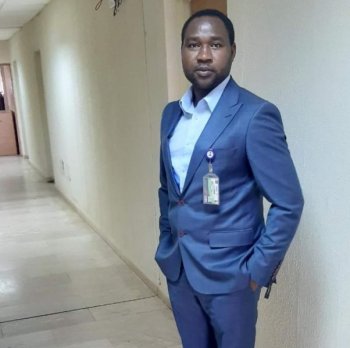 The president of the Humanist Association of Nigeria is facing formal charges over Facebook posts which allegedly contained 'blasphemous' content, more than a year after he was detained over them.

Mubarak Bala, who was arrested in April 2020, faces 10 counts of causing a public disturbance in connection with the posts, according to documents seen by Humanists International – which is supporting him.

He has been charged in Kano state under customary law, which means 'blasphemy' is punishable by up to two years in prison.

There were previously fears that he could be charged under sharia law, which includes the death penalty for blasphemy in Kano.

Humanists International (HI), which is coordinating the campaign to release Mubarak Bala, has said the charges lack "basis".

Bala's legal team has petitioned Nigeria's federal High Court to seek transfer to a neutral territory where he may face the chance of a fair trial. HI has warned that blasphemy is "a highly sensitive issue" in Kano.

Bala has also previously faced death threats in response to his criticisms of Islam.

"Blasphemy should never be a crime, and Mubarak Bala should be released, and his safety and rights secured, immediately and unconditionally.

"We again join calls for the Nigerian authorities to release Mubarak Bala, and for governments around the world to unite in demanding his release."