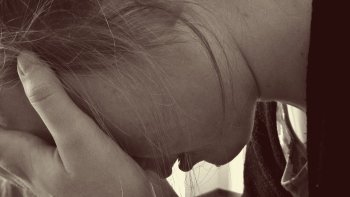 The National Secular Society has welcomed plans to ban 'virginity testing' to protect women and girls from violence and exploitation.

Measures to outlaw virginity testing in England and Wales have been tabled as a clause in the Health and Care Bill, with backing from the Department of Health and Social Care.

The bill is now at committee stage.

So-called 'virginity testing' is an unscientific procedure involving an intrusive examination to assess whether the hymen is intact.

The hymen can tear for many reasons other than sexual intercourse, including tampon use and exercise.

'Virginity repair' procedures involve constructing a layer of skin at the entrance to the vagina to create the illusion of an 'unbroken' hymen.

The World Health Organisation says 'virginity' is "a social, cultural and religious construct with neither medical nor scientific basis."

Many women from Muslim backgrounds are at risk of so-called 'honour violence' if their spouses or families believe they have had sex before marriage.

Karma Nirvana, a charity campaigning to end honour-based abuse in the UK, says it has experienced a 75% increase in calls about virginity testing and virginity repair to its helpline since October last year.

Karma Nirvana's joint investigation with the BBC in 2020 identified 21 clinics that would carry out virginity repair surgery, costing £1,300-£3,000. Sixty-nine virginity repair procedures have been carried out in the past five years, according to data from NHS England.

The NSS recommended a ban on virginity testing in its response to a government consultation on women's health in April.

It also said strategies to end virginity repair surgeries should be formulated alongside those for tackling female genital mutilation and other forms of violence against women and girls.

"They can also lead to honour-based violence against women and girls who 'fail' the test or refuse to undergo the procedure.

"Including a prohibition on these procedures in the Health and Care Bill is a welcome step to protect women from violence and abuse."