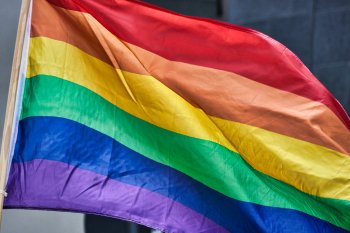 The NSS advised the government on actions it could take to end conversion therapy in response to a consultation by the Equalities, Human Rights and Civil Justice Committee.

The consultation asks for views on a public petition calling on the Scottish parliament to push for a ban on "the provision or promotion of LGBT+ conversion therapy in Scotland".

So-called 'conversion therapy' refers to a range of practices which aim to convert LGBT+ people to their 'correct' gender or sexual orientation. All reputable health and psychological organisations consider the practice to be ineffective, unethical and harmful.

In May the UK government confirmed it will take legislative steps to ban conversion therapy.

In its response, the NSS said the government should legislate against forced conversion therapy, including any attempts on those under 18, and that those harmed by conversion therapy should be able to seek proper redress. It said that it should formulate a "clear definition" of conversion therapy to avoid "confusion and inconsistency" in legislation.

It also said the law should be "proportionate and prioritise individual human rights," but should not include any blanket 'religious exemptions'.

The NSS said it should make it a criminal offence for any healthcare professionals to practise, promote or make a referral for conversion therapy. It said it was "disturbed" by findings published in BMC Psychiatry in 2009 that over 200 accredited mental health professionals had offered some form of conversion therapy, with 35% patients referred to them for treatment by GPs and 40% treated inside an NHS practice. The NSS said "greater education and awareness-building" about conversion therapy may be necessary throughout the field of mental health.

It added organisations that actively promote homophobic ideologies that fuel demand for conversion therapy should also be ineligible for charitable status. It said 'the advancement of religion' should be removed from the list of legally-recognised charitable purposes, as this enables some charities to promote anti-LGBT+ religious teachings while serving no public benefit.

The NSS also said schools should offer LGBT-inclusive education and should not promote stigmatising ideas about same-sex relationships. It highlighted its findings that some UK faith schools have said homosexuality is "intrinsically disordered", and that same-sex relationships are morally wrong, in their relationships and sex education policies. It added that schools should be supported by the government ensure they can teach about LGBT+ issues in an age-appropriate manner without fear of intimidation by external religious groups.

NSS head of research and policy Megan Manson said: "It is encouraging that the Scottish government is taking demands to tackle so-called 'conversion therapy' seriously.

"Conversion therapy is harmful pseudoscience that exploits homophobia. It has no place in any society.

"Any effort to end conversion therapy must not focus solely on the practice itself – it must also challenge anti-LGBT+ narratives in society, including those promoted by religious organisations, which are relied upon by 'conversion therapy' proponents."

The consultation closes on August 13. Responses can be submitted here.

With the blaze of publicity at its launch, smooth-talking media spokespeople and petition raising efforts, the campaign against marriage equality by the Coalition For Marriage has been executed with the...

Homophobia and the rise of Britain’s religious right