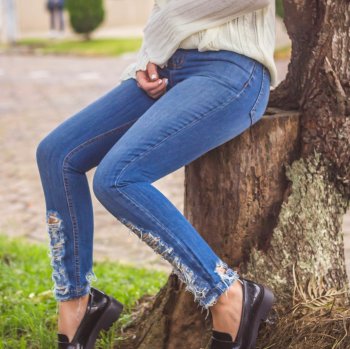 England and Wales's charity regulator will investigate a newly-registered Christian charity which has promoted misogynistic messages, including by blaming women for rape, after the National Secular Society raised concerns.

The Charity Commission has told the NSS it will open a case into Holiness Revival Movement Worldwide Europe, also known as Horemow Europe, which registered at the end of May.

Charities are required to serve a public benefit and not to promote extremist views. The NSS wrote to the commission last month and said material on Horemow Europe's website was incompatible with these requirements.

A passage in one leaflet on Horemow Europe's website explicitly blamed women's fashion choices for contributing to rape, saying:

"What does it mean to look sexy anyway? It is simply to appeal for or suggest sex by the way you dress and apply make-up. No wonder there is increase in rape today and people are not addressing the real problem. You who dress like this is a strong contributor to the problem."

Blogs on the website also feature claims that trousers are "the uniform of a harlot" and wearing trousers helps women "to market her commodity to get the opposite sex aroused as they view the shape of her private part".

The commission has now said it will "open a case due to the issues raised" and "engage with the charity". Some of the material the NSS highlighted has now been removed from the website.

NSS head of policy and research Megan Manson welcomed the commission's investigation but said the charity should not have been registered in the first place.

"Unfortunately we've come across a number of religious organisations enjoying charitable status - including the accompanying tax breaks and recognition that they are serving a public benefit - while promoting misogyny.

"This highlights the need to remove 'the advancement of religion' as a charitable purpose in its own right, so both religious and secular charities are required to serve a genuine public benefit."

Third Sector, which published a story on the commission's decision to investigate this week, said the charity hadn't responded to a request for comment before publication.

Photo by Heitor Verdi from Pexels (cropped to fit).