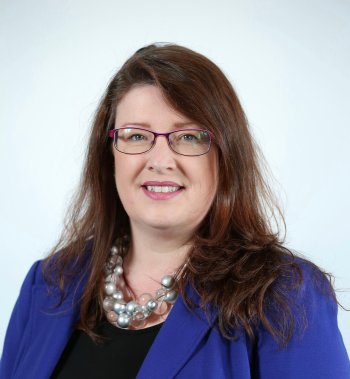 A bill which would ensure almost all new schools in Northern Ireland are integrated, meaning they would serve children from different backgrounds equally, has passed its second reading at Stormont.

As currently drafted the Integrated Education Bill 2021, put forward by Alliance MLA Kellie Armstrong (pictured), would introduce a presumption that all new schools will be integrated barring special circumstances.

It would also require the Northern Ireland government to "promote" integrated education and to set targets for its development.

Recent data has shown that more than 90% of children in Northern Ireland are educated at schools which are heavily segregated along religious lines.

The National Secular Society supports efforts to integrate schools and ensure children from different backgrounds are educated together equally in NI.

The bill also comes amid a major review of education in NI. The NSS has urged efforts to accelerate school integration in response to the review.

The bill passed a second reading vote by 56 votes to 27 this week, amid significant support across most parties for the general principle of integrated education.

The SDLP, UUP and Sinn Féin supported progress on the bill, although they expressed concerns about the timing and specifics. All indicated they would be pushing for significant amendments during its upcoming committee stage.

The DUP opposed the bill, with education minister Peter Weir claiming it would "devalue the rights" of parents who "want a faith-based" education.

It will now come before the NI Assembly's education committee, but it faces delays as the committee has said it will need to extend a period of consultation.

NSS head of education Alastair Lichten said: "For too long citizens of Northern Ireland have heard platitudes about integrated education and educating children together from their elected representatives, who are then unwilling to support tangible action.

"Efforts to create a more integrated shared future are supported across communities, and no sector of the education system or society can be singled out or blamed for sectarianism. However, any serious discussion of sectarianism must address Northern Ireland's segregated, religiously dominated schools.

"That will require politicians to confront entrenched religious interests to reduce the privileged role of sectoral bodies and prioritise the integrated model.

"It's encouraging to see widespread support for the principle of integrated education in NI, but this must now be translated into action. Children and society in NI would be best served by a move towards a fully integrated, secular and community ethos school system."