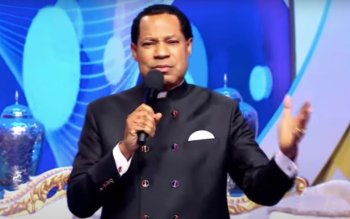 The National Secular Society has called on a regulator to look into the relationship between a charity and a TV channel which has repeatedly broadcast misleading statements about the Covid pandemic.

The TV channel Loveworld, which is backed by the Evangelical Christian registered charity Christ Embassy, was censured this week after it breached broadcasting rules for a third time during the pandemic.

The NSS has now raised the case with the Charity Commission for England and Wales and asked what action it plans to take in response. The commission has said it plans to contact Christ Embassy's trustees over this issue.

This week the broadcast regulator Ofcom ruled that Loveworld had broadcast "materially misleading and potentially harmful statements about the coronavirus pandemic and vaccines".

It said these statements "were made without scientific or other credible basis" and "went without sufficient context or challenge".

Ofcom also fined the channel £125,000 last month over "serious, repeated and reckless" breaches of its rules.

These included claims that the virus was linked to the rollout of 5G technology, potential vaccines were part of a plan to introduce a "New World Order" and quarantine facilities were comparable to Nazi concentration camps.

Christ Embassy's website, which is registered with the Charity Commission, carries several references and links to Loveworld.

The charity's 2018 financial report also makes clear that it has funded Loveworld.

And according to an inquiry report from the Charity Commission in 2019, the charity's headquarters is located at the Loveworld Conference Centre.

In 2019 the commission investigated Christ Embassy over its transactions with "partner organisations", including Loveworld.

The investigation concluded that there had been "serious misconduct and/or mismanagement" at Christ Embassy.

The charity's objects include advancing the Christian faith. The NSS argues that 'the advancement of religion' should be removed from the list of charitable purposes, to make it easier to hold religious charities which cause harm to account.

NSS head of policy and research Megan Manson said: "Funding a TV channel which pushes misleading claims around the pandemic would clearly be incompatible with the requirement for charities to provide a public benefit.

"With this in mind the Charity Commission should look into Christ Embassy's relationship with Loveworld and take action as appropriate.

"This case also highlights the need for reform of charity law. Including 'the advancement of religion' among the list of charitable purposes makes it easier for religious charities promoting harmful teachings to benefit from undue tax breaks and public recognition."

A spokesperson for the Charity Commission told the NSS: "We are aware that Ofcom has recently fined LoveWorld Limited and we will be contacting the trustees of the connected charity Christ Embassy for further information on this matter.

This piece was updated on 23 April, when the NSS received the response from the Charity Commission.

Update 6 October 2021: Ofcom has fined Loveworld £25,000 for breaking its broadcasting rules. It considers the breach "serious".