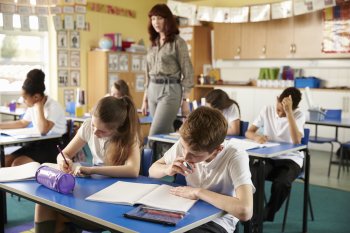 Legislation which will substantially reform the teaching of religion and belief, including by requiring coverage of secularism as a key concept, has passed its final parliamentary vote in Wales.

The Senedd has today voted to pass a bill which provides the legal framework to introduce a new skills-based curriculum in all schools in Wales.

The National Secular Society, which has strongly lobbied ministers in Wales over curricular reform, has welcomed some significant changes introduced by the bill.

But the NSS also warned that the bill represented a missed opportunity in other regards, noting that:

NSS head of education Alastair Lichten said: "This landmark piece of legislation will give pupils across Wales access to a more objective way of learning about religion and belief.

"But government concessions will mean religious groups' interests continue to enjoy a privileged input into this subject area – and to shape the way it's taught in many faith schools.

"All children should be entitled to an impartial and pluralistic education on religion and belief. Policy makers across the UK should work to make this a reality.

"We also welcome the Welsh government's move to make relationships and sexuality education statutory. This represents a significant step forward for children's rights."