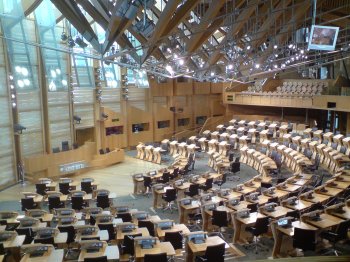 Scotland's hate crime bill, which will introduce a new offence of 'stirring up hatred' on religious grounds while also abolishing the blasphemy law, has passed its final parliamentary vote.

The bill will introduce several offences of 'stirring up hatred' in Scotland, including on the grounds of religion.

Scots could be subject to prosecution if their behaviour is deemed "threatening or abusive" and intended to stir up hatred.

The National Secular Society has warned that these offences will have a "chilling effect" on freedom of expression.

But the NSS, which played a major part in efforts to defend free speech throughout the parliamentary process, has said several significant amendments will "go a long way towards" protecting free speech on religion.

The NSS has also welcomed the abolition of the blasphemy law within the bill.

The NSS lobbied the Scottish government and MSPs throughout the drafting of the bill, and played a major part in securing several major amendments.

One amendment, which was accepted during this week's proceedings, will say behaviour is not to be taken as "threatening or abusive" solely because it involves expressions of "antipathy, dislike, ridicule or insult towards" religion.

Another will require behaviour to pass a "reasonable person" test if it is to be judged "abusive".

Another will ensure that the prosecution has to demonstrate intent to secure a conviction. The bill as originally drafted would have also enabled convictions where hatred was "likely" to be stirred up.

The right to offend, shock or disturb

During the final stage an amendment was also accepted to put on the face of the bill that courts must have particular regard to the right to freedom of expression, including the right to offend, shock or disturb.

NSS briefings during the passage of the bill have reminded MSPs that Article 10 of the European Convention on Human Rights protects not only expressions that are inoffensive but also those that may shock, offend or disturb.

The NSS also argued this should be reflected in free speech protections in the bill.

NSS chief executive Stephen Evans said: "We're relieved that our lobbying, and that of others concerned about free speech, has mitigated some of the more egregious aspects of this bill. Hard-won amendments will go a long way toward protecting freedom of speech on religion.

"And the repeal of Scotland's official blasphemy law within this legislation is welcome. Such laws are incompatible with democratic principles and should be repealed wherever they exist.

"But we remain concerned that the 'stirring up hatred' offences in this bill will have a chilling effect on freedom of expression in Scotland.

Image: The debating chamber of the Scottish parliament, via Flickr, © SteampunkPharaoh [CC BY-NC-SA 2.0]