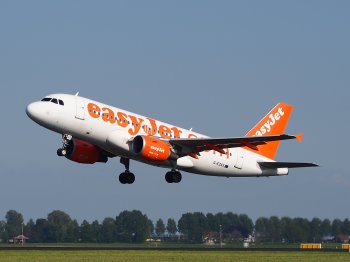 EasyJet has paid compensation to a woman who was asked to move seats to accommodate the wishes of ultra-Orthodox Jewish men, and said incidents affecting her were contrary to its policy.

British-Israeli citizen Melanie Wolfson raised a claim against the airline over its response to events on two flights from Tel Aviv to London in 2019.

The National Secular Society wrote to easyJet over the issue last year, when the case became public, and urged it to implement policies which protect passengers from sex-based discrimination.

In both incidents affecting Wolfson, ultra-Orthodox men refused to sit next to her because of her sex.

In the first, she said a flight attendant asked her to comply with the request.

In the second, she refused the request but two female passengers agreed to change seats with the two men sitting next to her.

She said members of the cabin crew did not intervene or try to defend the rights of the female passengers to remain in their seats.

The paper also highlighted a joint statement from easyJet and Wolfson which was issued this week.

It said the airline "does not believe that female passengers should be asked to move seats simply based on their gender" and "has a policy to politely inform any customer who raises this request that this will not be accommodated".

"Unfortunately, according to Melanie Wolfson this policy was not followed in her case."

The statement added that easyJet "is committed to tackling any discrimination on flights" and "intends to implement additional crew training and renew our crew guidelines in order to prevent these incidents from happening in the future".

NSS head of policy and research Megan Manson welcomed the outcome of the case.

"As we stressed in our correspondence with easyJet, asking a woman to move seats to accommodate a man's objections to her presence is sexism, whether the objections are based in religion or not.

"EasyJet should now take all reasonable steps to ensure this never happens again, and other airlines should also take note."

Photo by Alf van Beem (in the public domain).