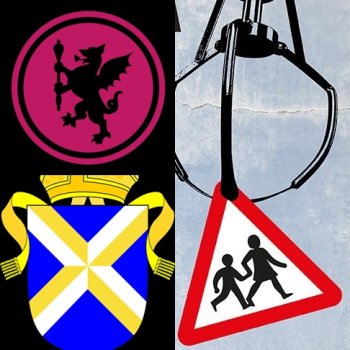 The Church of England's ability to block academisation options is frustrating reorganisation plans and putting schools at risk, the National Secular Society has warned.

The warning comes amid Somerset County Council's Strategic School Review, which is seeking to address a significant budget deficit and changing demographics in the area.

A majority of residents oppose the Council's proposals and believe the option of three schools (Maiden Beech Academy, Swanmead Community School, and Wadham School) joining a multi-academy trust (MAT), including the Bridgwater and Taunton College Trust (BTCT), would be the best way to address budget concerns and secure future provision.

However, the Diocese of Bath and Wells has blocked any exploration of this option unless the, currently secular, BTCT changes their rules to have a majority of their board appointed by the diocese. This would traduce a degree of religious control over the community ethos schools.

The NSS previously reported how the limited options considered would lead to the loss of Swanmead Community Middle School as it would be absorbed into a Church of England (C of E) primary school, leaving many local parents with almost no option but a faith school. The changes would also put Maiden Beech Academy (a community-ethos middle school) and Wadham School (a C of E upper school) at risk.

Carl Winch, head teacher at Maiden Beech said "The vast majority of parents and members of the community across the towns of Ilminster and Crewkerne are opposed to these proposals. An academisation option would maintain the status quo and address the financial issues. The BTCT has publicly stated that it would be willing to enter into negotiations with the Diocese to explore an alternative solution; however, the Diocese has not yet responded. If these proposals are implemented, they will have a detrimental impact on two non-denominational schools. The Diocese appear to have a disproportionate amount of influence in this process, which is wrong, especially in the face of significant opposition to the planned changes."

The diocese is able to veto any academisation arrangements involving a Church of England faith school because of a special agreement with the Department for Education (DfE). The C of E often claim that they must appoint a majority of trustees in any trust containing Church schools, to protect their ethos. However, C of E trusts have absorbed hundreds of non-faith schools with significantly less protection for their ethos than would be the case in Somerset.

The National Secular Society has written to Somerset Council and the DfE urging them to curtail the unreasonable use of the Church's veto power.

A recent research report by the NSS highlighted how academisation and the special arrangements for C of E schools has enabled religious groups to increase their influence in state funded education.

NSS head of education, Alastair Lichten, said: "Once again we are seeing special arrangements for the C of E create a school planning nightmare. School reorganisations are difficult, and the best option isn't always clear. But the diocese is clearly limiting the options that can be explored.

"Allowing the Church of England to exert its influence in state schools is getting in the way of providing an efficient and uncomplicated publicly funded school system."