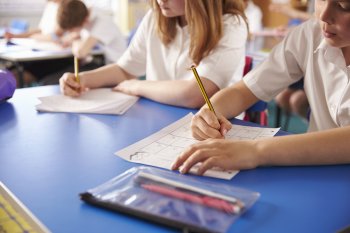 Parents in Somerset could lose a community school as a result of special provisions which protect faith-based schooling, as the local council considers how to keep schools financially viable.

Schools in the Ilminster and Crewkerne area are in financial difficulties due to changing pupil numbers. Somerset County Council is consulting on possible solutions, but its options are restricted due to special provisions for faith schools.

The council is consulting on a change which would mean a transfer from a three-tier schooling system – where children are grouped by three different age groups – to a two-tier one.

This would result in Swanmead Community Middle School being absorbed into a new Church of England primary school, which may join a C of E backed academy in future.

If schools from the middle and top tier could join an academy trust, the faith and community ethos of existing schools could be preserved.

But this option cannot be explored because the C of E's Diocese of Bath and Wells will not allow faith schools to join trusts unless it's entitled to appoint a majority of trustees to oversee all the schools within it.

The National Secular Society recently raised concerns that religious groups are using the academisation process to consolidate their control of schools, and that secular oversight is diminishing.

The society's research has also shown that thousands of children are sent to faith schools against their parents' preferences each year. Families in the area affected by this row have an extreme restriction on the choice of anything but a faith school.

The NSS has called on the council to conduct an assessment of the impact of the loss of the community ethos provision on equalities.

"Decisions around school reorganisation are always difficult for communities. But the restrictions imposed by faith schools' special status add to the stress and create unique challenges.

"Somerset County Council should explore all possible options to maintain community ethos schooling. Local authorities should consider the significant religious decline of recent years, and the increase in religious diversity, when making decisions around school provision.

"But this also shows the need for the government to take action to address the systemic bias in favour of preserving faith schools, the inequities between religious and secular provision in the academisation process, and the disregard for families left with no option but a faith school."

Respond to the consultation

Two families have launched legal action against the council over its plans. One of those families is due to argue that the merger between Swanmead and the C of E school, Greenfylde First School, will discriminate against those with no religious beliefs.

There are more details on Somerset Live.

The NSS wrote to the council and the Department for Education earlier this year to urge them to curtail the unreasonable use of the church's veto power.

Note: this story was updated on 22 February.