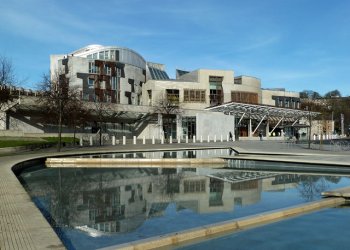 The National Secular Society has urged Scotland's justice minister not to renege on a commitment to ensure a strengthened level of protection for free speech on religion in the current hate crime bill.

A vital free speech provision around religion has yet to be determined, even though it had appeared to be settled and a final vote on the legislation is likely to be just days away.

The NSS has long warned that plans to criminalise 'stirring up hatred' on the grounds of religion within the bill pose a threat to freedom of expression.

The Scottish parliament's Justice Committee had agreed to an amendment to protect expressions of "antipathy, dislike, ridicule and insult" of religion or belief during previous consideration of the bill.

However, this now appears to be under threat after the launch of a last minute consultation on freedom of expression provisions in the bill. The consultation, which closed on Monday, lasted just four days.

Two would permit "discussion and criticism" of age, race, disability, sexual orientation, transgender identity and variations in sex characteristics and also expressions of "antipathy, dislike, ridicule and insult" on the grounds of religion.

The other two would merely allow "discussion and criticism" of all the characteristics listed – including religion.

This would substantially dilute the level of protection afforded to freedom of expression on religion in the bill in comparison to the agreed amendment. The agreed amendment was already weaker than similar provisions in legislation in England and Wales.

The NSS and Edinburgh Secular Society have now jointly written to Humza Yousaf, Scotland's cabinet secretary for justice, over the issue.

The NSS said a free speech clause covering religion that only protected "discussion or criticism" would be "too imprecise" and go "nowhere near far enough to protect robust debate, satire, comedy and commentary about religions or beliefs".

It added that the law should "in no way serve to criminalise people for their opposition to ideas or protect people's beliefs from antipathy, dislike, ridicule and insult".

The letter argued that the "wide consensus and strong support" for the additional protection for speech about religion or belief should be reflected in the legislation.

And it says it would be "unconscionable at this late stage to renege on additional free speech protections already agreed to".

The NSS has played a prominent role in efforts to protect free speech during the bill's passage through parliament, and has warned from the outset that aspects of it are censorious, excessive and unnecessary.

Vital amendments to introduce an objective test for "abusive" behaviour or words and a requirement to demonstrate intent to secure a conviction for "stirring up hatred" have been secured.

The justice minister has this week lodged an amendment in the bill which will protect expressions of "antipathy, dislike, ridicule or insult towards" religion. This is in line with previously agreed language.

The bill is expected to face a final vote next week.

The NSS's response to the Justice Committee's short timescale call for views on the freedom of expression amendment options is available here.