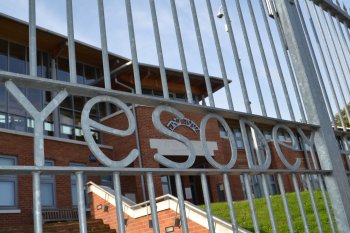 A local authority has launched a review of governance at a state-funded faith school where a large wedding took place, in violation of coronavirus restrictions, last month.

Hackney Council has launched a "full review" of governance procedures at Yesodey Hatorah Senior Girls School, an Orthodox Jewish school, according to a report in The Jewish Chronicle.

Police broke up a wedding of around 150 people at the school on 21 January and have since issued two £10,000 fines over the event.

In a statement shortly afterwards, the school said it had "no knowledge that the wedding was taking place".

But according to whistleblowers cited in Jewish News last week, the school was one of five venues which have been regularly used for weddings during the Covid pandemic in Stamford Hill in north London.

This claim was part of a wider report which suggested there have been significant lockdown breaches among Orthodox Jews in the area throughout the pandemic.

Several incidents at the school have raised serious concerns in recent years.

In 2019 the school was accused of pressurising parents into taking their children out of sex education lessons.

The school was also caught removing references to homosexuality from textbooks in 2018 and censoring questions about evolution and human biology on exam papers in 2013.

The school was placed in special measures in 2018, after it was found 'inadequate' by Ofsted.

The National Secular Society asked representatives from the Department for Education whether they were investigating the school's role in the event during a meeting last week.

"Yesodey Hatorah has a long-standing record of deep intransigence in the face of reasonable efforts to hold it to account.

"Faith groups can't be allowed to see themselves as above the law or beyond reproach."