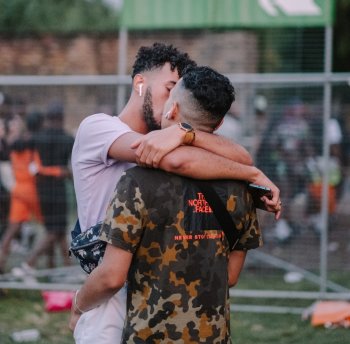 The National Secular Society has questioned why an organisation whose website says same-sex attraction is "a disease" that "needs to be cured" was recently registered as a charity.

The NSS has contacted the Charity Commission for England and Wales over the registration of the Ghamidi Centre of Islamic Communication.

The centre, which registered as a charity in December, carries deeply homophobic and misogynistic lectures on its website.

One lecture published on the Ghamidi Centre's website is entitled "'Is there room for gays and lesbian (sic) in Islam?".

During the lecture Islamic scholar Khalid Zaheer says homosexuality "cannot be allowed" because "there are people who lose their senses and are inclined to killing others" and that "we're not going to allow killing because of the reason that there is somebody who has a problem in his mind or is mentally ill".

He says homosexuality "needs to be stopped, it needs to be curbed" and if there are "people who are suffering from diseases which are causing them to be inclined to do things which are illegitimate, we need to cure such patients".

Another lecture on the website entitled "The Right to Beat Wives" does not condemn violence against women and says it is acceptable for a husband to "punish" his wife if she challenges his authority, provided it does not "leave any sign of wound" on her.

The NSS contacted the charity about the issue earlier this month, and the charity removed the video versions of the lectures. But the audio versions were left online.

The NSS also wrote to the Charity Commission on the subject.

The society asked if the commission has "made an assessment of this charity's compliance with the public benefit requirement" and if it is "permissible for a charity to promote the messages" in these lectures.

The Ghamidi Centre states its charitable objects as "the advancement of the religion of Islam for the benefit of the public, primarily but not exclusively through the provision of online information, learning and study".

NSS head of policy and research Megan Manson said: "The Charity Commission should quickly review the status of the Ghamidi Centre and consider whether the material on its website is compatible with the expectation that charities provide a public benefit.

"And this should prompt questions over the status of 'the advancement of religion' as a charitable purpose in law."

The Charity Commission has responded to the NSS today.

The commission has said it's currently considering the concerns raised and will "assess the information provided in order to determine what regulatory action, if any, is required".