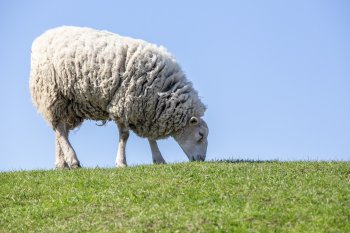 Changes in law are needed to ensure meat from non-stun slaughter only reaches religious markets and not general consumers, a government committee has said.

The Animal Welfare Committee (AWC) has recommended a series of changes to religious non-stun slaughter regulations in order to reduce animal suffering.

The recommendations were made in a review on slaughter regulations published by the Department for Environment, Food and Rural Affairs (Defra) this week. The review aimed to assess the effectiveness of the law in protecting animal welfare at slaughter.

The AWC advises Defra and the Scottish and Welsh governments on the welfare of animals.

It recommended "tightening the intention that meat from non-stun religious slaughter be destined for religious markets and not the general consumer".

This "might also bring in" a requirement to label meat from non-stun slaughter, in addition to "supply and demand requirements".

The National Secular Society argues for such measures to be put in place to protect consumer rights and animal welfare while religious non-stun slaughter is permitted.

In 2018 NSS research found that meat from animals which have not been stunned before slaughter is widespread in UK supermarkets.

The AWC also recommended that animals that do not become unconscious after their necks are cut should be subject to a "post cut intervention stun" to reduce the time of suffering.

It also recommended improving the effectiveness of stunning techniques specific to halal slaughter.

UK law requires that animals are stunned before slaughter, with an exemption for kosher or halal meat to meet Jewish and Muslim religious dietary preferences. This exemption has been criticised by animal welfare groups for causing unnecessary suffering.

The RSPCA, Compassion in World Farming, the British Veterinary Association and the Humane Slaughter Association were among stakeholders consulted by Defra that raised animal welfare concerns regarding non-stun slaughter.

The review said a "number of stakeholders" reiterated "long held views that slaughter without stunning should be banned".

In the absence of a ban, stakeholders called for several measures which the NSS has also recently argued for:

NSS head of research and policy Megan Manson said: "The government should take heed of the AWC's recommendations and introduce compulsory labelling for meat products that clearly indicate whether they came from non-stun slaughter.

"While exemptions permitting religious non-stun slaughter remain in place, labelling is the only way to ensure consumers can choose to avoid non-stun meat.

"The government should also note calls from stakeholders in its review to ban all forms of non-stun slaughter. Religious freedom is a qualified right, and it should be limited where it causes unnecessary suffering to animals."

Image by Erik Karits from Pixabay.