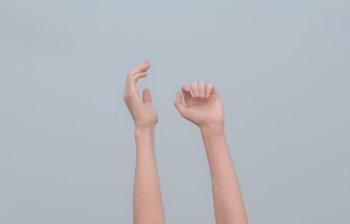 The National Secular Society has urged the UN Committee on the Rights of the Child (CRC) to ensure children's rights in the UK are not undermined by religion.

The call came in a submission to the committee as it begins its periodic examination of children's human rights in the UK.

The committee monitors the progress of member states' implementation of the UN Convention on the Rights of the Child.

The report filed by the NSS raised concerns relating to the undermining of children's rights in faith schools and throughout state education.

It highlighted widespread discrimination against children, some stemming from religious exceptions to equality legislation, including concerns around:

The report also drew the committee's attention to severe breaches of children's rights in religious schools, including unregistered faith schools that operate outside of the law.

The submission expressed alarm at the "unacceptably slow" shift away from religiously segregated schooling in Northern Ireland, where just seven per cent of children attend integrated schools.

It urged the UN to press the UK to phase out religiously segregated state-funded schools in NI and to ensure every child in the UK has the right to access a local publicly-funded secular school.

The submission also expressed concern over the failure to address the forced genital cutting of boys.

The committee has previously recommended that the UK ensure "no one is subjected to unnecessary medical or surgical treatment during infancy or childhood" and "guarantee bodily integrity" – but only in relation to female genital mutilation and intersex surgery.

The NSS submission called for protections from non-therapeutic genital cutting to apply to all children equally, regardless of sex.

It called on the CRC to recommend the UK adopts a new mandatory reporting law, requiring those in positions of trust toward children or vulnerable adults to report suspected physical or sexual abuse to the appropriate civil authorities.

NSS chief executive Stephen Evans said: "Too often the individual rights of children are relegated or ignored when they clash with the interests of religious communities.

"We hope this examination compels all governments in the UK to better protect and promote children's best interests and human rights where religious interests stand in the way of their realisation."

Photo by Toan Nguyen on Unsplash.

The NSS has welcomed plans from the Scottish government to incorporate the United Nations Convention on the Rights of the Child into law....