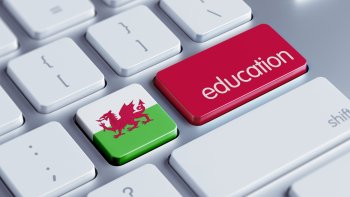 The National Secular Society has urged a Senedd education committee to back new legislation to reform religious studies and sex education in Wales.

The NSS's call came in response to a call for evidence from the children, young people and education committee of the Welsh Senedd which is examining the Curriculum and Assessment (Wales) Bill. The NSS is due to give evidence to the committee in October.

Among wide ranging changes, the legislation will introduce comprehensive, rights-based Relationships and Sexuality Education (RSE) and the option for critical, pluralistic Religion, Values and Ethics (RVE) in all schools.

The Welsh government says the reforms are intended to give "all learners equal opportunity to receive a broad and balanced education".

While supporting these aims, the NSS has criticised plans to allow faith schools to continue to teach these subjects through a faith ethos.

The submission argues that under current proposals, many pupils will continue to be denied access to genuinely non-partisan and balanced education about religion and belief.

It calls on the committee to push for the duty on schools to teach pluralistic RVE to be extended to all schools, regardless of religious designation.

Although schools with a religious designation will be free to teach a denominational syllabus, they will however be required to offer a pluralistic RVE syllabus, where parents request it.

The Catholic Church is lobbying Senedd members to remove this requirement.

The submission also warns that plans to introduce inclusive, comprehensive, accurate and rights based RSE will be undermined by concessions allowing faith schools to teach RSE through a religious ethos.

NSS head of education Alastair Lichten said: "By prioritising the interests of children and young people over those of reactionary religious groups, members of the Senedd can ensure these reforms are a significant advancement for children's rights.

"If the ambition is for every child to have universal entitlement to a broad and balanced curriculum, a duty on all schools to teach an objective, critical, and pluralistic RVE and RSE syllabus, without exception, must be the starting point.

"Much of the existing legislation surrounding the curriculum dates from before devolution and reflects English policy makers' religious deference. A curriculum for Wales in the 21st century requires legislation crafted in Wales, by its elected representatives in this century."

The NSS has been actively engaged in discussions regarding the new curriculum and has played a key role in ensuring that secularism will be included among the core concepts to be covered.

The NSS has previously submitted constructive responses to all consultations the surrounding the reforms, including:

The committee's consultation runs until Tuesday 29 September. You can find more information on this consultation and the RVE proposals on our dedicated campaign page.

Listen to our recent podcast on the issue