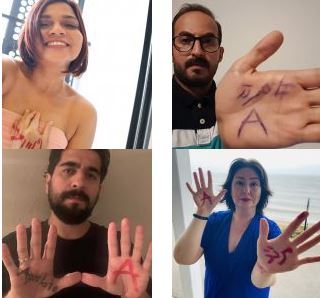 An international coalition of ex-Muslim organisations has marked the first Apostasy Day, in defence of the right to renounce or change religion and of freedom of thought, conscience and belief.

Twenty-four ex-Muslim groups organised the day on Saturday 22 August, to coincide with a UN day which commemorates the victims of acts of violence based on religion or belief.

The organisations included the Council of Ex-Muslims of Britain (CEMB) and similar groups from Europe, Asia, the Middle East, North Africa, North America and the Pacific.

Human rights activist Maryam Namazie launched a petition to mark the day, which has received almost 6,000 signatures at the time of writing.

The National Secular Society is among groups who have lent support to the petition.

The petition, which has been translated into 13 languages including English, calls for:

It notes that abandoning or renouncing religion is effectively punishable by death in 12 Muslim-majority countries, and that those deemed apostates face violence, threats and shunning elsewhere.

In the week after Apostasy Day, CEMB said it had been "a huge success". Maryam Namazie said 83,000 people had engaged in the day, reaching 233,000 people.

NSS chief executive Stephen Evans congratulated the organisers of the day for "raising awareness of a hugely important issue".

"Many of those who renounce or question religion face significant human rights abuses, particularly in many Muslim-majority countries.