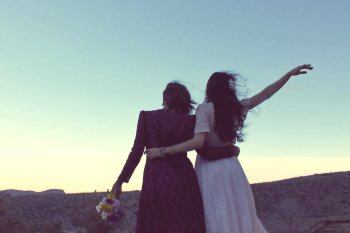 The government has confirmed businesses will not be able to refuse services for same-sex marriages in Northern Ireland after lobbying from the National Secular Society.

Exceptions in equality law allowing religious organisations to refuse to solemnise same-sex marriages would not be extended to other service providers, ministers said on Thursday.

The announcement was made in a report on the government's consultation on same-sex religious marriage in Northern Ireland, held at the beginning of the year.

The Presbyterian Church in Ireland and the DUP lobbied for exemptions to be extended to include Christian owned businesses who do not wish to provide services to same-sex couples.

In March the NSS wrote to the secretary of state for Northern Ireland, Brandon Lewis MP, to highlight the dangerous impact any additional exemptions would have on UK equality law.

The NSS argued that any weakening of protections against discrimination would undermine equal citizenship.

Same-sex marriage has been legally recognised in Northern Ireland since 13 January after the UK parliament backed its legalisation last year.

NSS head of policy and research Megan Manson said: "It's welcome news that the government has not given into lobbying from Christian groups who want free rein to discriminate against same-sex couples.

"All businesses, regardless of the religion of their owners, should be equally accountable to the law.

"We also welcome the government's commitment to enable religious organisations that do accept LGBT people to solemnise same-sex weddings."

The debate on this issue highlights a deeper issue of the entanglement of religion and state in the legal institution of marriage. The lack of separation has resulted in significant complexity in the laws that govern marriage throughout the UK.

Image by Bhakti Kulmala from Pixabay.