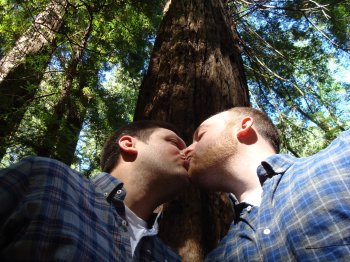 The National Secular Society has urged the government to consider the role of charities promoting anti-gay 'conversion therapy' as it looks into ways to end the practice.

Last week it was revealed that more than 100,000 people had signed a petition calling for the end of 'conversion therapy' – enough to trigger a debate in parliament.

And in response the government said it would "consider all options for ending the practice".

In a letter to the equalities minister Kemi Badenoch, the NSS expressed support for government efforts to end 'conversion therapy' and urged it to consider charity law's role in perpetuating the practice.

Examples of charities which have promoted anti-gay 'therapies' include:

All these organisations have a Christian ethos and are registered as charities on the basis that they advance religion.

The NSS's letter said ensuring no organisation promoting 'conversion therapy' is granted charitable status would be "a positive and tangible step" towards ending the practice.

The society also expressed concern that the legal provision enabling organisations to register as charities because they advance religion enabled some organisations which promote harmful practices to escape scrutiny.

NSS chief executive Stephen Evans wrote: "It is somewhat absurd that our nation should continue giving organisations promoting conversion therapy the benefits of charitable status on the one hand, while seeking to end conversion therapy on the other."

Explaining the letter, Mr Evans said: "Reviewing the charitable status of organisations that promote conversion therapy would be an obvious place to start the work of tackling the harms it causes.

"Charitable status brings tax breaks and recognition that an organisation is serving a public benefit. Those promoting harmful and widely discredited therapies which encourage people to change or suppress their sexuality should have that status revoked.

"And the law should change so charities promoting harmful practices can no longer hide behind the argument that they are advancing religion."

An earlier version of this article mentioned the role of Christian Action Research and Education (CARE), which donated £500 to a conference where speakers addressed the issue of homosexuality in a Christian context in 2009.

CARE has said it didn't co-organise this event or attend it, and it only "learned after the event that the subject of 'unwanted same sex attraction' also known as 'gay cure' was discussed".

A spokesperson for CARE has told the NSS it "does not support conversion therapy, has never lobbied for it and never will". We're happy to publish this clarification.

Image by Pam Simon from Pixabay.