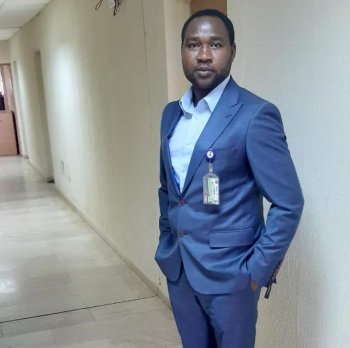 The UK government has said a Nigerian Humanist leader has been charged over claims he insulted religion, seven weeks after his arrest for blasphemy.

In parliament on Monday, Foreign Office minister James Duddridge highlighted an update which the government had received from the Nigerian authorities on Mubarak Bala, the Humanist Association of Nigeria's president.

He said Bala had been charged with "insulting contempt of religious creed and insulting public disturbances" under the penal code and racist and xenophobic offences under the cybercrime act.

Meanwhile Humanists International, which is coordinating an effort to free Mubarak Bala, has shared the latest information it has available with the NSS.

This suggests Bala's detention has been secured under the relevant sections of the penal code, but he has not been arraigned and as such has not been formally charged.

Bala was arrested in April after a petition from a group of lawyers, sent to local police, said he had called the Islamic prophet Muhammad "all sorts of denigrating names".

The government's statement suggests charges have been brought under state law in the Kano region, where sharia law applies.

According to the US commission on international religious freedom, the sentence for insulting religion in Kano is one year in prison, a fine, or both. But Islamic courts in Kano have handed out death sentences for blasphemy.

Nigeria's constitution theoretically guarantees freedom of expression but also allows states to set up sharia courts, which can punish blasphemy by death.

And this week Bala's colleague Leo Igwe wrote of his fear that "Muslim zealots" were "using the police action as a pretext to severely punish Bala for making blasphemous posts on Facebook".

National Secular Society chief executive Stephen Evans said: "The charges against Mubarak Bala are a violation of his rights to freedom of expression and freedom of religion or belief. They should be dismissed without delay. Nobody should be criminalised or punished for criticising religion.

"We urge the UK government to keep up the pressure on Nigeria to secure his speedy release and the guarantee of his safety and fundamental rights."

The NSS has written to the UK government and the Nigerian ambassador to the UK over Bala's case. Some NSS supporters have also helped to raise the profile of the case, including by writing to their MPs.

Note: We updated this story to reflect the information we received from Humanists International shortly after publication on 17 June.